Ishant Sharma, Axar Patel and Rahul Tewatia are in the playing XI as Delhi Capitals make three changes to their team.

While SRH have retained the same team which took field in the previous game, DC have made three changes to the playing XI with Ishant Sharma, Axar Patel and Rahul Tewatia coming in.

Bhuvneshwar, who is leading the side, said that SRH wanted to chase and hence, he chose to bowl first.

“We are going to bowl first. It s a dry wicket but keeping the way we ve batted in the last few games, we want to chase,” said Bhuvneshwar. (ALSO READ: Delhi vs Hyderabad: What can we expect to see?)

Shreyas Iyer, DC skipper, said that his side too would have bowled first despite their collapse in their last game against the R Ashwin-led Kings XI Punjab.

“We would have bowled first as well, irrespective of what happened the other night. Looks a dry surface and it might spin more in the second half. So, banking on that,” said Iyer at the toss.

SRH are coming into this game on the back of a 118-run win against the Virat Kohli-led Royal Challengers Bangalore, and will be keen to continue their winning run. 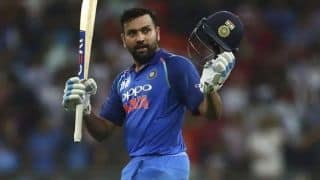 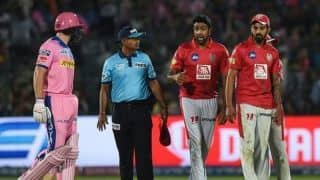