Boult said that it was all about being patient as he waited on the bench after playing just the opening game of the season against Mumbai Indians.

After finishing with 18 wickets in the last season of the Indian Premier League, Delhi Capitals pacer Trent Boult had to wait till Kagiso Rabada‘s exit to find a regular place in the DC playing XI in the 12th edition. However, the Kiwi fast bowler isn’t complaining as he gears up for the Eliminator clash against Sunrisers Hyderabad in Vizag.

Boult said that it was all about being patient as he waited on the bench after playing just the opening game of the season against Mumbai Indians at the Wankhede Stadium. An injury to Rabada saw him return to the team against Chennai Super Kings at the MA Chidambaram Stadium.

“Was looking to be physically fit and in the right head space to be prepared when I do get an opportunity. Had been working out in the gym and looked to find a purpose at training.

“The conditions are tough, and I looked to be ready for my chance. We got a squad which has the required balance and we have played consistent cricket. Have been a bit disappointed having not played too many games myself, but then the boys have done really well,” he explained. (ALSO READ: More than just a name change: Three reasons why Delhi Capitals succeeded)

Asked what he takes home from a season like this where he hasn’t been the first-choice foreign player in the DC bowling department, Boult said: “I think this is a unique tournament. We come together and create friendship and bonds and learn from each other. Also, I am still learning how to bowl in conditions which are foreign to me. It has been good fun.”

Just like the other players, Boult too feels that the duo of head coach Ricky Ponting and advisor Sourav Ganguly have had a major role in promoting fearless cricket in the DC ranks, one of the reasons why the team has done really well in the group stages. (ALSO READ: Kagiso Rabada allays fears over back injury)

“You can see the passion of those two guys. They are highly experienced guys and that is rubbing off on the players. It is just about creating an environment where the players go out and express themselves and be fearless and both Ricky and Sourav have done that really well,” he said. 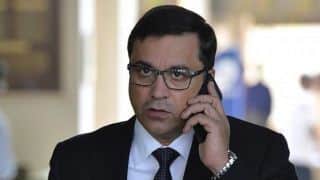