The talking points ahead of today's IPL 2019 Eliminator match between Delhi and Hyderabad.

Back in the IPL playoffs after six years, the rechristened Delhi Capitals will hope to continue their strong form – they’ve won seven of their last nine matches – and move closer to that elusive final when they meet Sunrisers Hyderabad in today’s IPL Eliminator at the Dr. Y.S. Rajasekhara Reddy ACA-VDCA Cricket Stadium in Visakhapatnam.

Led by Shreyas Iyer, Capitals at one stage last week did not look likely to even be in this knock-out situation after they topped the IPL 2019 points table. However, Mumbai Indians late resurgence resulted in DC being in the Eliminator despite having 18 points.

Kane Williamson‘s Sunrisers, by contrast, are fortunate to be in the playoffs after losing four of their last five matches.

The winner of this match will play Chennai Super Kings in Qualifier 2 on Friday.

Will Delhi make the IPL final at last?

Eleven seasons, not one appearance at the summit. Now, with a new name and owners, the Delhi franchise is looking good to break that barren run.

Having qualified for the IPL playoffs for the first time since 2012, Capitals are two wins away from meeting Mumbai Indians in Sunday’s final.

With a playoff record of 4-4, this team will need to put in a strong performance to beat Sunrisers, runners-up in 2016.

Boasting a strong top order of Shikhar Dhawan, Prithvi Shaw (despite a poor season) and Iyer, and with Rishabh Pant at No 4 followed by Ishant Sharma and Trent Boult with the new ball and Axar Patel and Amit Mishra slowing things down, DC will back themselves to beat SRH. They have, after all, beaten them twice this season.

If they do it again, they will have to beat defending champions CSK in Qualifier 2. It is not unthinkable.

What about the surface?

The Dr. Y.S. Rajasekhara Reddy ACA-VDCA Cricket Stadium in Visakhapatnam has not hosted an IPL match this season, but it has been Sunrisers’ second home before. They have won three and lost two matches there, but all that will not matter on the big day.

Traditionally, the Vizag pitch has aided both pace and spin and it is not statistically a high-scoring venue in T20 cricket. Only once, in 2016, was 200 crossed by MI.

Earlier this year, India pushed Australia hard with a total of 126 and the visitors won by three wickets off the final ball of the match.

So which team stands to gain in Vizag?

Delhi’s batsmen have fared better on faster tracks, with Shaw and Dhawan up front more comfortable with pace on the bat. Sunrisers, with David Warner and Jonny Bairstow’s brilliance this season, and Kane Williamson and Manish Pandey proving adaptable, have not had as many problems. But the biggest factor could be the Afghanistan spin pair of Rashid Khan and Mohammad Nabi, who have the skill to exploit the surface.

When he last played against DC, Nabi had a terrific match: two wickets for 21 runs in four overs and 17 not out off nine balls, including the winning runs as SRH won by five wickets at the Feroz Shah Kotla.

The key to his successful bowling, said Nabi after that match, was to understand the conditions. He is a very intelligent cricketer and his classical offspin has proven difficult for opposing teams across the globe. In that last match between DC and SRH, Nabi opened the bowling once again and claimed the wickets of Dhawan and Pant. For the second game in a row, he bowled three overs inside the Powerplay and conceded 19 runs in those three. In his fourth, he had Pant mistiming a shot to long-off and conceded only two runs.

Given the presence of several left-arm batsmen in DC’s lineup, expect Nabi to have a good game.

Time for Shaw to deliver

Worryingly, he has not made it out of the Powerplay often enough. Only four times has he not been dismissed inside the first six overs. And of his 14 dismissals, five have come to spin.

In a must-win match for DC, could today be Shaw’s innings of reckoning? 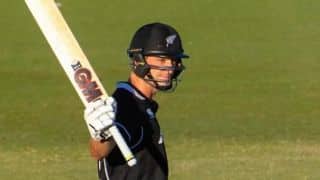