Delhi Capitals assistant coach Mohammad Kaif on Wednesday pointed out that IPL teams are replacing poor fielders with agile ones during games.

Delhi Capitals (DC) assistant coach Mohammad Kaif on Wednesday pointed out that IPL teams are replacing poor fielders with agile ones during games and hoped that the umpires will take notice of this unfair practice.

“It is right that most matches are finishing close to midnight. Teams are bringing in good fielders and replacing them with slow ones. I think the umpires should look at the changes that the teams are making,” Kaif told reporters ahead of Delhi’s match against Sunrisers Hyderabad (SRH) at the Feroz Shah Kotla on Thursday.

Kaif, who was among the best fielders in the Indian team in his playing days, said his IPL team will not hesitate to report the dubious practice of changing fielders in the middle of the game.

“For example, DC versus KKR match, (Andre) Russell went out, Rinku Singh came to field. Piyush Chawla quickly bowled his four overs and went out and Rinku again came back.

“We have seen that in the last Punjab game as well. Sarfaraz Khan didn’t come to field after being hit on the gloves. I don’t know if he is injured. Karun Nair came to field and he took a good catch at long on of (Colin) Ingram. Teams are playing smart and making changes which are not right to me. We will bring it up with the umpires,” he added.

Though its early days in the 12th edition of IPL, slow over-rate has been an issue with IPL governing body handing out a fine of Rs 12 lakhs to Rajasthan Royals captain Ajinkya Rahane and Mumbai Indians skipper Rohit Sharma.

“Teams defending are taking too much time I think, I don’t understand all these planning in the IPL, there is an hour-long meeting and also a lot of planning even at the field,” Kaif said.

“We as support staff want to keep the planning as less as possible otherwise it gets confusing,” he said.

Delhi suffered a dramatic batting collapse in their last game against Kings XI Punjab, costing them the game from a strong position.

“It is still early in the tournament. We have four points, last match we should have won, right now we all have a broken heart but that is IPL for you, we need to move on,” Kaif said.

“We have top four Indian batsmen doing well. We always knew that we needed someone in the middle order to finish the game, so we got Colin Ingram. Chris Morris has been an X factor for Delhi last couple of years but he was also run out in the last game.”

Talking about SRH, Kaif said Delhi will look to expose their middle and lower-order. “All the players of Hyderabad haven’t got the chance, the top order has done most of the job, it is not good for the team. So if we get (David) Warner and (Jonny) Bairstow early in the powerplay, we can be on top of the game.”

On the Feroz Shah Kotla pitch, Kaif said: “It is going to be a typical Kotla pitch. Here it is important to have power but if you compromise on timing, you get out and it becomes a low-scoring game.

“This will be a difficult track for Hyderabad because they have been playing on a true bounce track. It will be different here,” he signed off. 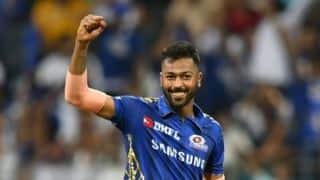 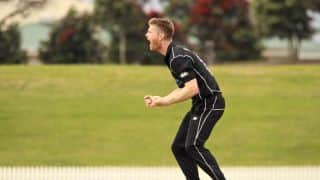