Three Kolkata-based fans, in a letter to BCCI Ombudsman-cum-Ethics-Officer, have alleged that Ganguly's dual role is a case of Conflict of Interest.

Cricket Association of Bengal President Sourav Ganguly will not be barred from sitting in the IPL franchise Delhi Capitals‘ dug-out despite a conflict of interest complaint against him but he is likely to depose in person before the BCCI ombudsman in the matter, a top BCCI official said on Wednesday. (READ: Ganguly rejects conflict of interest allegations)

DC, where the former captain holds the position of an advisor, are scheduled to take on Kolkata Knight Riders on April 12 in Kolkata.

According to a source in the BCCI, Justice (Retd) DK Jain may just hear out the former India captain in person before taking a final decision on the matter.

Three Kolkata based fans — Bhaswati Santua, Ranjit Seal and Abhijeet Mukherjee — in a letter to BCCI Ombudsman-cum-Ethics-Officer DK Jain, alleged that Ganguly’s dual role is a case of Conflict of Interest.

However, in his written reply to the Ombudsman’s notice, Ganguly has categorically denied the charge. “There is absolutely no bar on Sourav sitting in the DC dug-out. In any case, the matter is still pending with the Ombudsman and no law can prevent him from being present in the dug-out,” the BCCI official told PTI on Wednesday.

“But yes, if he wants to sit somewhere else, it will be his call. And Justice Jain has already made it clear that one particular match is not his concern. So that makes it clear,” the official said.

But now that he has given his reply to Ombudsman, why would there be a need for in-person deposition? “It’s following the principles of natural justice. Even Hardik Pandya, KL Rahul deposed in person after their written submissions.

“I am not saying Ombudsman will call Sourav but he has that option before the matter is brought to a closure,” the official said.

Many in the BCCI believe that there is no case of conflict of interest and Ganguly can comfortably continue in both his roles. “I can’t predict Ombudsman’s line of decision-making but one must take into account that these allegations could be due to a disgruntled few, who are against Sourav. All these issues need to be factored in,” he said. 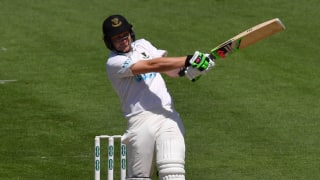