Finalising venues for the Indian Premier League (IPL) 2019 play-offs along with decision to float fresh tenders for various sponsorship and services will be finalised at the Committee of Administrators (CoA) meeting, in New Delhi on Monday.

The issue of three closed stands of the Chepauk Stadium might come up for discussion but it is unlikely that Chennai will lose its right to host the crucial games with CSK looking good to make it to their 10th play-off in 12 seasons (save two when they were banned).

There are a few other issues that will also come up for discussions.

BCCI’s contract with PayTm as the title sponsors of all domestic and international games (in India) is coming to an end along with the contract of their designated PR company.

“Fresh tenders will be invited as per norm,” a BCCI official privy to the development told PTI.

The operational details of mini Women’s IPL is also expected to come up for discussion. 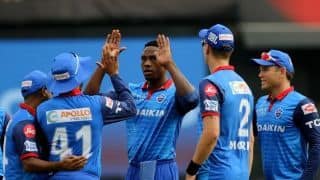