Boosted by the return of Steve Smith, who was suspended in the wake of the ball-tampering saga at Newlands, Rajasthan will look to kick off their Indian T20 League 2019 campaign with a win as they take on R Ashwin-led Punjab in the fourth match of the season at the Sawai Mansingh Stadium in Jaipur on Monday.

While Rajasthan have won the inaugural edition of the tournament, Punjab-based franchise is yet to win the title. Punjab will like to avoid a repeat of their eventual returns in the previous season. However, they will not mind a repeat of the result of the opening game from the last season and get off to a winning start.

LIVE coverage of the match on CricketCountry.com

Weather: Sunny with a maximum high of 33 degree Celsius

Smith s return and an addition of a promising West Indies pacer Oshane Thomas and Australian big-hitter Ashton Turner have added the firepower to Rajasthan s arsenal. The Ajinkya Rahane-led unit also have the likes of Jos Buttler, Rajasthan s standout performer from the previous season, Jofra Archer, Ben Stokes in their ranks. While Stokes had a below-par season the last time around he played for Rajasthan, he will be keen to set the ball rolling from the first game this season.

With Chris Gayle and KL Rahul at the top, Punjab have one of the most destructive opening combinations in the tournament this season. While Gayle s big-hitting has been a talking point since a long time, Rahul s exploits from the last season took everyone by surprise. He will be eager to have an encore and seal a place in India s World Cup squad. The middle-order is likely to have the likes of Mayank Agarwal, Karun Nair and Mandeep Singh with Sam Curran occupying the second spot of the overseas cricketers. Punjab will then have an assembly line of spinners- captain Ashwin, Mujeeb Ur Rahman and Varun Chakravarthy with Ankit Rajpoot, Mohammad Shami and Andre Tye, alongside Curran, taking care of the pace-bowling department. 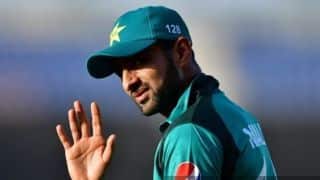