RCB have had their most atrocious start to the IPL losing all their six opening matches with hopes of qualifying to the knockouts fading each day.

There s no escaping the embarrassment for Royal Challengers Bangalore (RCB) who have had their most atrocious start to the Indian Premier League (IPL 2019) losing all their six opening matches with hopes of qualifying to the knockouts fading each day.

So, what has gone wrong for RCB? Their famed batting s collective failure, indifferent bowling and horrendous fielding all of which have culminated together to make this one of their worst stars in the IPL. (ALSO READ: If India are smart, they rest Virat Kohli now for the World Cup: Michael Vaughan)

AB de Villiers, who also has had a scratchy season this year, tries to put some perspective in his column for the Times of India on Tuesday.

After our most recent defeat at home to Delhi Capitals on Sunday, when we were unable to defend 149 on a slow wicket, I happened to sit next to Gary Kirsten on the bus, as we left the stadium and drove past thousands of our disappointed supporters. The head coach asked me what I was thinking, he wrote.

I replied: More often than not, in cricket, you can assess the state of a team by the way they field. Each player is a batsman or a bowler, and it is understandable that their primary focus is on batting or bowling but every player is also a fielder and in my view, you need a collective hunger and desire to operate as a strong unit in the field.

Maybe that s where we are failing. Our fielding in this tournament has been very poor, and we simply can t afford to be dropping multiple chances in every match. (ALSO READ: RCB s failure this IPL will be a blessing in disguise for Indian cricket: Sunil Gavaskar)

Groundhog Day stars the actor Bill Murray as a TV weatherman condemned to live through the same day over and over again. Even when he foresees things going wrong, he still can t escape disaster. It s an entertaining movie to watch. (ALSO READ: We can’t keep giving excuses every game: Virat Kohli after RCB slump to sixth straight loss)

However, it s not so much fun to experience in real life. At RCB in the 2019 IPL, for some reason, we are being condemned to live through the same day over and over again; we have played six matches and lost six matches.

RCB have to win all their remaining eight matches to qualify for the knockouts. They next face Kings XI Punjab (KXIP) at their fortress in Mohali on Saturday. 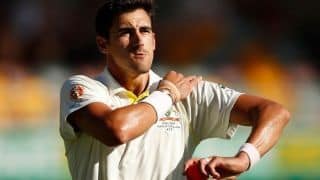 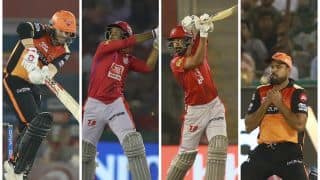