The talking points ahead of today's IPL 2019 match between Hyderabad and Punjab.

Level with each other on the IPL 2019 points table, in today’s IPL match Sunrisers Hyderabad meet Kings XI Punjab looking to move closer to a playoffs berth.

Ahead of match 48, here are the talking points:

This will be David Warner‘s final match of the season before he returns to Australia for a pre-World Cup training camp in Brisbane. Warner is the only batsman with over 500 runs this IPL – he remains the holder of the Orange Cap with 611 runs – and his success has been the only constant for SRH.

With Warner’s fellow opener Jonny Bairstow already back in England, the team has lost a major force. Now with Warner leaving, SRH will need to get in Martin Guptill as his replacement and possibly bat the returning Kane Williamson as opener too.

Beyond openers, do KXIP have the muscle?

Think of KXIP batting and their openers Chris Gayle and KL Rahul are the likely names to come to mind. Gayle and Rahul are KXIP’s leading run-getters of IPL 2019 with 441 and 441 respectively, but beyond them the franchise has lacked consistency.

Mayank Agarwal (262 runs), David Miller (202), Sarfaraz Khan (180) and Mandeep Singh (129) have been inconsistent while Gayle’s firepower has been the biggest force. Rahul has not always been as forceful, which has at times left KXIP struggling to catchup on the occasions that Gayle has failed.

A low run-rate between overs 16 to 20 has also hurt the team, which again puts the onus on Gayle and Rahul to bat deep.

Time for SRH to get Nabi back in?

When Bairstow left, SRH got in Shakib Al Hasan. The Bangladesh allrounder has not made an impact in these two games, which suggests that SRH may turn back to Mohammad Nabi. In four matches in IPL 2019, Nabi has taken seven wickets at an economy rate of 5.49, by far the best for SRH, and scored 40 runs in three innings at a strike-rate of 133.33.

Handier returns than Shakib, for starters, and when you consider that Gayle opens for KXIP, Nabi would be a good asset to have with the new ball against the left-hander.

As a bowling unit, SRH have the best bowlers during the first six overs this IPL whereas KXIP have the poorest. This season, Sunrisers have conceded runs at 7.20 per over during the Powerplay. In contrast, KXIP have gone at 9.20 per over.

Not having a stable bowling attack has been an issue for Punjab, who might consider getting R Ashwin up front against Sunrisers.

Out of six games away from Mohali this season, KXIP have lost five. This has been the main reason for their position on the IPL 2019 points table. Sitting at seventh place, Ashwin’s team need to win their final away match to gain up the leaderboard, with two home matches left after this. 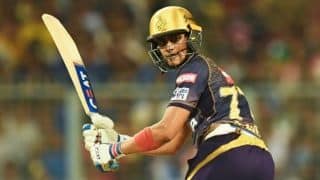 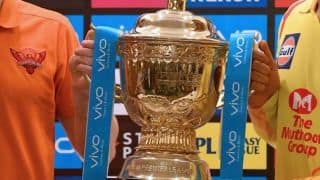