Alex Hales and Cameron White surprisingly weren't bid for by any franchise.

Former Australia T20 captain Cameron White, West Indies left-handed batsman Darren Bravo and England’s T20 opener, Alex Hales are some of the prominent names who went unsold in the afternoon session of the Indian Premier League (IPL) 2014 auction at Bangalore. White is a reputed player in T20 cricket and has represented Royal Challengers Bangalore, Deccan Chargers and Sunrisers Hyderabad in the past. Bravo was in the Deccan Chargers squad at one point.

The other name to miss out was Hales, England’s hard-hitting opening batsman in T20 cricket. As of now, he is the No 2 batsman in T20 Internationals. It was interesting that he was snubbed as Hales had taken a special permission from his county Nottinghamshire to play the IPL. Ian Bell also missed out.

Subramaniam Badrinath is the prominent Indian name to miss out as the teams did not pick him. Tamim Iqbal, Andre Russell, Denesh Ramdin and Johnson Charles are some of the other players to miss out. 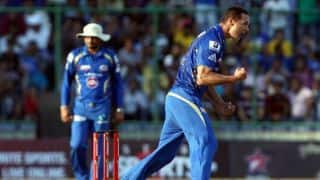 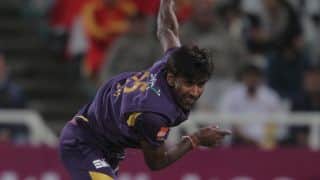