Rasool had been picked by Pune Warriors India in the last season for INR 20 lakhs.

‘Hope he gets more games,’ was the reaction of Jammu and Kashmir Chief Minister Omar Abdullah, shortly after Parvez Rasool became the lone cricketer from the state to get a buyer in the high-profile Indian Premier League (IPL) 2014 auction on Thursday.

“Very pleased to hear Parvez Rasool has been picked up by Sunrisers Hyderabad (SH) for INR 95 lakhs. Here’s hoping he gets more games than when with Pune,” Omar, a keen cricket fan, said on the micro-blogging site Twitter.

For Rasool, it turned out to be a perfect birthday gift today when Sunrisers Hyderabad bought him for INR 95 lakh.

Omar, who has been following the cricketer’s career closely, had been disappointed when he was selected in the Indian team to Zimbabwe but never got a chance to be in the playing XI.

During the Ranji Trophy season, in which the state created history by qualifying to quarter finals for the first time, the Chief Minister had been appreciating the hard work of the players especially Rasool, who hails from South Kashmir.

Rasool had been picked by Pune Warriors India (PWI) in the last season for INR 20 lakhs and he played only two matches in which he took one wicket.

Union Minister and President of Jammu and Kashmir Cricket Association (JKCA) Farooq Abdullah also expressed his happiness over Rasool’s selection in IPL 2014 auction and said the youngster will set an example for other youths in the state and encourage them to play in the national team. 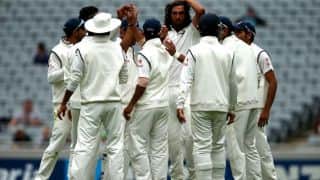 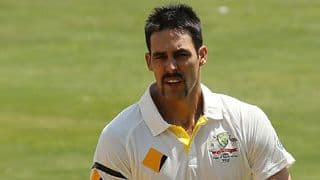