An opening dinner has been planned at Emirates Palace, a day ahead of IPL opener.

An opening dinner has been planned at the Emirates Palace on April 15, a day ahead of the opening clash between Mumbai Indians and Kolkata Knight Riders in Abu Dhabi.

“Shah Rukh will interact with the guests and invite them on stage for some impromptu song-dance entertainment. For a full-fledged performance, Madhuri has been confirmed,” a source was quoted as saying.
The first part of the seventh edition has been shifted to the UAE in the wake of General Elections in India. The UAE leg will host the first 20 matches from April 16 to 30, while the remaining 40 will be hosted by India from May 2. The final will be played on June 1. 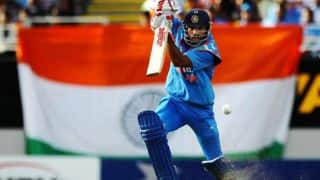