The West Indies pair of Carlos Brathwaite and Shimron Hetmyer have attracted hefty paycheques of Rs 5 crore and Rs 4.20 crore respectively, thus becoming the highest earners at the 2019 IPL player auction in Jaipur on Tuesday.

Brathwaite, West Indies’ captain in T20Is, went to two-time IPL winners Kolkata Knight Riders for nearly seven times his base price of Rs 75 lakh, while his team-mate Hetymer was purchased by Royal Challengers Bangalore for Rs 4.20 crore from a base price of Rs 50 lakh.

Kings XI Punjab and KKR wasted little time in chasing Braithwate, whose value rocketed in a matter of seconds. KKR refused to budge and secured the allrounder for a whopping Rs 5 crore. Brathwaite was with Sunrisers Hyderabad last season.

Hetmyer, 21, showcased his hard-hitting talents for his team on their tour of India earlier this year, and IPL franchises would have taken notice of his skills which could set him up for a massive payday. Hetmyer is no stranger to hitting big in T20 leagues; he scored 440 runs in the Caribbean Premier League in the build-up to the India ODI series in which he tallied another 259.

He looks at ease playing both pace and spin, and is an ideal candidate for RCB as they seek to add some muscle to their top order. 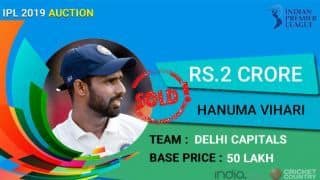 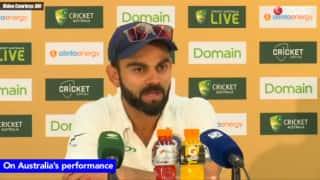 VIDEO: Banter is fine, but should not cross the line: Virat Kohli