Indian Premier League’s (IPL) official broadcaster Set Max would have lost over Rs 245 crore, had BCCI mentioned doing away with the strategic time-outs in their 12 point agenda of the "Operation Clean Up", presented on Monday. 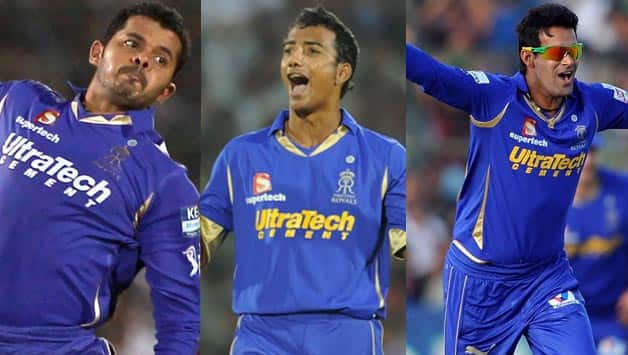 Indian Premier League’s (IPL) official broadcaster Set Max would have lost over Rs 245 crore, had BCCI mentioned doing away with the strategic time-outs in their 12 point agenda of the “Operation Clean Up”, presented on Monday.

Earlier, Board of Control for Cricket India (BCCI) interim-President Jagmohan Dalmiya had mentioned that he would like to do away with cheerleaders and strategic time-outs to curb spot-fixing opportunities.

“Cricket is basically a gentleman’s game. And if you are not able to do so then it’s very tough for us and we’ll try to overcome it,” he said.

However, in the 12 points, the decision to do away with time-outs wasn’t mentioned.

“We have not thought about it. It is just a financial exercise,” Dalmiya was quoted as saying by Hindustan Times.

Initially, the decision to remove strategic time-outs was discussed as many believed that players can exchange messages with bookies during the time-outs.

Steps like having no cheerleaders, restriction of movement in players’ dug-out and dressing rooms, jamming of cell phone towers at the ground during matches were mentioned in the 12 points.

Time-outs have been a huge revenue earner for the broadcasters during the recently concluded season. They generated almost 30 per cent of advertisement revenue.

One of the franchise official said, “For commercial reasons, the league cannot do without it. The BCCI can’t think of removing it.”

Set Max is supposed to pay Rs 8,700 crore to the BCCI spread over 10 years of their exclusive rights as the official broadcaster. However, the channel has been able to play only Rs. 4,095 crore and whether they will be able to pay the remaining amount in the next four years is a concern.

“Considering the financial pressure the channel is under, we cannot afford to let go these seconds. It amounts to a huge loss in one go. BCCI should consider the price at which we bought the broadcasting rights. The revenue target for us is massive and the time period is very limited,” a top official of Multi-Screen Media (MSM), which runs Set Max, said.

The police had earlier requested for a video footage of the strategic time-outs of matches in which the three accused Rajasthan Royals players featured.