It is for the second time that Green Park has been leased to the UPCA after they got it in 1975 for a 20-year period.

Kanpur: UPCA today got its wish granted after the Uttar Pradesh government gave Green Park on lease to the state cricket body at 1 crore per annum for 30 years but the stadium is still not ready to host an IPL match or a day/night game due to inadequate lighting facility.

Though the Uttar Pradesh Cricket Association is just too happy to get the ground on lease for the second time after 1995 and believes that the move will help them to host an international game, which the BCCI has been hesitating to give so far.

Green Park last hosted an ODI between India and West Indies on November 27, 2013 and were also granted a warm-up match between the two teams last year only to see the Caribbean team pulling out of the tour.

UPCA CEO Lalit Khanna told PTI Bhasha that the UP government, in its cabinet meeting in April, had decided to give Green Park to UPCA on a 30-year lease. According to the deal, UPCA will give the state government Rupees 1 crore every year and Rupees 15 lakh for every Test or ODI that the cricket body will host.

Though the upkeep and renovation activities of the international stadium will be the responsibility of the UP government.

Khanna also informed that even though the stadium has floodlights in place, their light is insufficient for a day/night ODI or an IPL match to happen. But if the state government improves the lighting structure and Green Park does get a day/night or IPL game then the UPCA will have to shell out Rupees 25 lakh per match.

It is for the second time that Green Park has been leased to the UPCA after they got it in 1975 for a 20-year period. 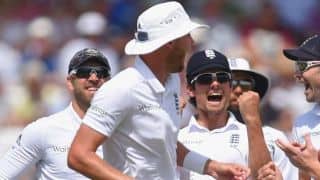