Tom Moody has ended his association with 2016 IPL winners SRH after seven seasons.

Trevor Bayliss, the World Cup-winning England coach, will be the next coach of IPL franchise Sunrisers Hyderabad.

It was reported this week that Bayliss, who will exit the England role after next month’s Ashes, was to re-join Kolkata Knight Riders ahead of the 2020 IPL season but on Thursday it was revealed that he will take over as SRH coach.

This means 2016 IPL winners SRH have ended their association with Tom Moody after seven seasons.

In a statement Thursday, SRH said: “After very careful consideration, the SRH franchise has decided to take a new direction with the head coaching role and will be parting ways with the services of Tom Moody. Trevor Bayliss, England’s 2019 World Cup-winning coach, has been appointed head coach of Sunrisers Hyderabad. Trevor has already won two IPL trophies with KKR and has also won the Big Bash League and Champions League with Sydney Sixers. He is a proven winner and we feel his successful track record will be ideal in taking Sunrisers Hyderabad forward.

“We would like to thank Tom Moody, who has made an enormous impact with the franchise, in helping us achieve five playoff appearances over the past 7 years, including a much-treasured championship in 2016. We would also like to thank him for his work ethic and leadership over our journey and wish him all the success moving forward.”

This will be Bayliss’ second stint as an IPL coach, having overseen KKR’s run to two IPL titles during his tenure from 2012 to 2015.

As coach of England, Bayliss oversaw an Ashes win in 2015, the team’s run to No1 in ODIs as well as this month’s historic World Cup win and their presence in the final of the 2016 ICC World T20. 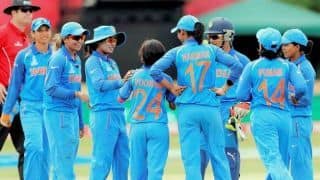 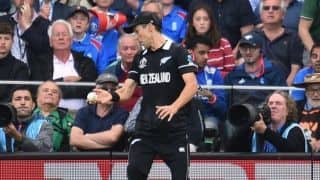