Vidarbha's approach made it clear that they wanted to convert the match into a one-innings battle with Rest of India having a maximum of 180 overs to achieve the target.

Wasim Jaffer missed out on a triple hundred but Vidarbha, in their bid to out-bat Rest of India, posted a mammoth 702 for five at stumps on a rain-curtailed third day of the Irani Cup.

Jaffer was out for 286– adding only a run to his overnight tally with only 28 overs being bowled during the day.

Vidarbha’s approach made it clear that they wanted to convert the match into a one-innings battle with Rest of India having a maximum of 180 overs to achieve the target.

Jaffer’s 431-ball innings had 34 boundaries and a six. He was bowled through the gate off a Siddarth Kaul delivery in the third over of the day.

Wankhade’s innings had 12 boundaries and two sixes off 173 balls. When play was finally stopped, Wankhade was just a run short of his maiden first-class hundred.

Ravichandran Ashwin did not bowl a single over during the third day’s play.

It will be interesting to see whether Vidarbha declare at the start of the day or give Wankhade a chance to complete his hundred.

The pitch being a placid one, it will also be difficult for Vidarbha to get 10 Rest of India wickets.

Vidarbha has ensured that it will be near difficult to get a first-innings lead for Rest of India.

As per rule, if Rest of India is not all out, then their run-rate at the completion of the match will decide the winner. 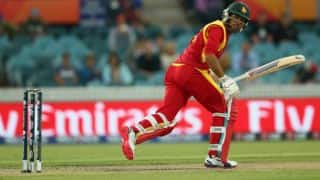 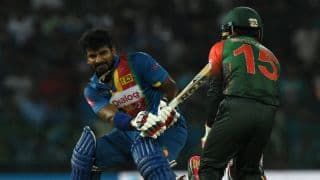