The duo is likely to get picked ahead of Todd Astle and Tim Seifert as New Zealand announce World Cup squad on Wednesday.

Ish Sodhi and Tom Blundell are set to be picked in the New Zealand squad for the 2019 ICC Cricket World Cup as the selectors announce the squad in Christchurch on Wednesday.

A report in the New Zealand Herald said that Sodhi, the leg-spinner, will tip Todd Astle while Blundell will be given a nod ahead Tim Seifert, who had played a couple of eye-catching knocks in T20Is against the visiting Indian side. (ALSO READ: New Zealand’s World Cup squad to be named on April 3)

Sodhi has played 30 ODIs and 39 against his name. More importantly, he has enjoyed a good run of form in the Plunket Shield after some good showings against Sri Lanka and in one of the games against India. Sodhi will join Mitchell Santer as the second spinner in the squad.

Astle, meanwhile, although was picked for New Zealand s ODI series before the World Cup against Bangladesh, he played only one game.

In the pace-bowling department, Matt Henry and Lockie Ferguson, who is currently playing in the Indian Premier League for Kolkata Knight Riders, are expected to join the duo of Trent Boult and Tim Southee while Jimmy Neesham and Colin de Grandhomme grab the spot of the all-rounders. 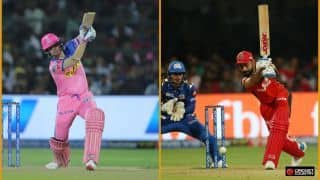