Lungi Ngidi, who picked up the man-of-the-match award for bowling figures of 3/19 against Zimbabwe as South Africa won the first ODI on Sunday, has said that the presence of veteran seamer Dale Steyn in the squad has been quite helpful.

South Africa coach Ottis Gibson recently said the return of Steyn in the ODI squad will certainly add value as he can play the role of a mentor to the young bowlers in the team.

“Dale is very helpful,” Ngidi was quoted as saying by ESPNcricinfo. “He’s our most experienced bowler. And he also gave me a few tips when we were out there: maybe try a few cross-seam balls, maybe the odd slower one. It really does help having Dale in the system, and in the team. There are all sorts of ideas to bounce off him.”

After Ngidi starred as Zimbabwe were skittled for 117, South Africa wobbled in their chase with the extra bounce leaving everyone by surprise. They lost four wickets inside 15 overs for 58 runs but Heinrich Klaseen top-scored with 44 and later on, captain JP Duminy combined with Willem Mulder see them home. Scoring 119/5 in 26.1 overs.

“The wicket was a different one. It was a lot of fun bowling out there today. It was a bit uneven. But as we saw how Heinrich Klaasen batted, if it’s a good ball let it go, and then put away the bad ones. It was a challenge for everyone. Driving was difficult, depending on the length. If you pitched it too full, it was really easy to hit, but if you did hit that good length it was really difficult to drive,” Ngidi said. 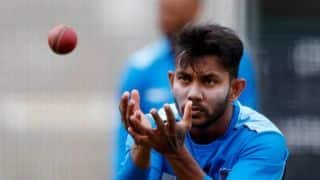 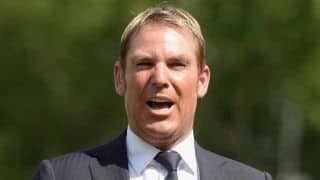