Hooper said that the current West Indies squad have the talent, but they need to be nurtured well.

West Indies squad stepped foot on Indian soil with not much of experience playing in the sub-continent with stars such as Chris Gayle, Andre Russell and Sunil Narine, giving the tour a miss due to injury concerns, personal reasons due to the long-standing conflict with Cricket West Indies.

Add to that, experienced allrounder Dwayne Bravo announced his retirement from international cricket late last month that left only captain Jason Holder as the experienced campaigner to marshal his young brigade, who have proved that they are not short on talent.

Former West Indies skipper Carl Hooper was disappointed to see the absence of big names from the Windies squad that suffered a five-wicket defeat in the opening of the three-match T20 International series at the Eden Gardens in Kolkata on Monday.

It’s clear that they are not interested in playing for the West Indies. It’s a shame,” Hooper, now on the commentary panel, said after the first T20I.

“It would not have been this easy for India if our seniors played. This is a young squad and they need time,” the 51-year-old Hooper said.

“We need to be consistent. Some days we are playing well, some days we are not performing according to the situation. We have the talent, but they need to be nurtured well. Cricket West Indies needs to adopt good policies,” ” Hooper, who played 102 Tests between 1987 and 2002, said. 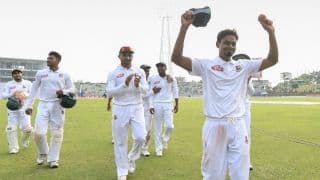