Jadeja has been the best Indian fielder in the last decade: R Sridhar

Jadeja has been the best Indian fielder in the last decade: R Sridhar

R Sridhar is convinced Jadeja is the best produced by India in the last 10 years.

That Ravindra Jadeja is the best fielder in the world could be debated, but India‘s fielding coach R Sridhar is convinced that the allrounder is the best produced by India in the last 10 years.

Jadeja has been an asset on the field for India. During the 2019 World Cup, in just two matches, Jadeja saved 41 runs 24 inside the circle and 17 in the outfield, the most by anyone in the tournament. Jadeja has taken 133 catches from 146 international matches, and his best performance has come under Sridhar, who was given an extension in August.

“Jaddu’s presence on the field lifts the team’s spirits,” he told Times of India. “He is someone who can keep the opposition on their toes with his fielding. He has an intimidating presence on the field. I wouldn’t like to go very far but in the last decade or so Jadeja has been the best fielder India has had.

As for who the best in the world is, Sridhar picks his top four. “When it comes to the best fielder in the world, Jadeja, Martin Guptill, Virat Kohli, Glenn Maxwell – these four come to my mind. These players can be placed at the infield or in outfield as they possess high levels of athleticism.”

Shankar Basu, India’s former training and conditioning coach had famously stated that a fitter Mohammed Shami was his biggest achievement. However, for Sridhar, the most improved fielder in the team is legspinner Yuzvendra Chahal.

“It’s a tough question as everyone has improved. In the WC, I said that Yuzvendra Chahal was the most improved fielder. Bumrah too is improving and the way Ishant took caught-and-bowled chances in the Windies was brilliant,” he said.

One of the tougher challenges for Sridhar was to ensure Wriddhiman Saha remained right up there. The Test series against South Africa was Saha’s first match for India in almost two years with injuries taking a toll on him. Last year during the IPL, Saha injured his finger, which was followed by a troubled shoulder. After intense rehab, Saha returned to India’s Playing XI and affected 11 catches and one stumping.

“There were no concerns at all,” Sridhar said. “He was easing into the rigours of international cricket during the West Indies series. He had also played a few games for India ‘A’ before that. Once we were playing in India, we brought back Saha. He is our best wicketkeeper and his skills were for all to see during the India-SA series.”

Sridhar took over as India’s fielding coach in late 2014 and under him, the area has witnessed an upsurge, that has extended beyond the usual suspects. Sridhar explains how in the last few years, India have had a change in mindset as far as fielding is concerned, although there is one area where his players can improve.

“The change has been in two areas: mindset and fitness. Changing the mindset is pertaining to what the teams want to achieve, and fitness was a crucial part of that,” he said. “Developing a pool of players who can field at slip cordon is an area we are working on. In shorter formats, lateral movement and throwing from the deep are the areas we are focusing on as we head into the World T20 next year.”

Sridhar also spoke in favour of an ICC ranking system for fielders, saying: “Absolutely. I have been harping on this for long that the ICC should have a ranking for fielding. Also, fielding statistics shouldn’t be limited to catches taken, but also on other parameters such as number of balls a player has fielded, number of direct hits and so on.” 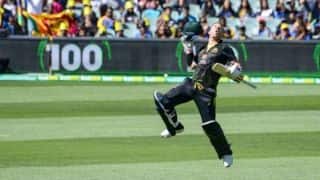 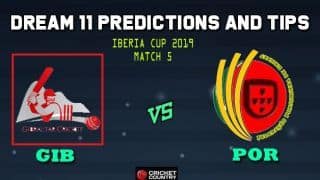