He was instrumental in raising the clout of the subcontinent, ending the monopoly of England and Australia.

Can’t remember the exact date and place of meeting Jagmohan Dalmiya for the first time, but it was sometime in 1979 when he and his close friend Inderjit Singh Bindra were seen as the new kids on the block on the cricket scene. The two had shaken the then khalifas of Indian cricket who had a complete sway on the running of the sport for decades. Few could stand up in any meeting of the Board of Control for Cricket in India (BCCI) where the high-profile politicians and big-time industrialists had a stranglehold. Bindra and Dalmiya had cricket at heart besides being ambitious and impatient to end the laidback attitude of the czars in the board.

In a board where the officials of the state associations only heard the bigwigs in rapt silence, the two were refreshingly daring to question their authority. Dalmiya had the board’s fudged figures on his fingertips, and Bindra, an Indian Administrative Service (IAS) officer, the ability to articulate the duo’s thinking. The awesome twosome was too much to handle for the then board officials. The two gave courage to a couple of other officials to stand up to the bosses and soon a pressure group started taking shape. PHOTO: Sourav Ganguly pays respect to Jagmohan Dalmiya

Dalmiya proved to be an expert in man management and till the end nobody could understand how he managed and manipulated the numbers. He was so good in election arithmetic. The only time he was checkmated was when Sharad Pawar successfully settled an old score to become the board president, defeating Jaggu Da’s handpicked Ranbir Singh Mahendra, the eldest son of the wily Haryana politician Bansi Lal, as his proxy.

As a test case, Dalmiya-Bindra group put up Wing.Cdr. Shahid Durrani at the very first board meeting they attended in Hyderabad and made sure he defeated the ruling group’s candidate to go as manager of the Indian team to Australia in 1981. That was the beginning of flexing of their muscles in the board. Their ascent and India’s 1983 World Cup win more or less coincided. READ: Jagmohan Dalmiya a giant of International cricket, says Sunil Gavaskar

That was also the time the then board president N.K.P. Salve felt insulted the way the English board refused to oblige him with a complimentary ticket for a friend of his. He vowed then and there that he would put English board officials in their place and he assigned Dalmiya and Bindra to bring about the coup in the International Cricket Conference (ICC).

For over a decade the two worked with a missionary zeal to bring the World Cup to India twice during that period, ending the veto power of the big two, England and Australia. The boards in the subcontinent now had a voice in Dalmiya who mustered numbers to back him. And the boards prospered and Pakistan and Sri Lanka went on to win the 1992 and 1996 World Cups. READ: Jagmohan Dalmiya’s talent, stature cannot be matched: Rajiv Shukla

Somewhere down the road, Dalmiya and Bindra fell out around the time the ICC was democratised and was rechristened as the International Cricket Council and Dalmiya became its president. Though in different camps, they remained friends and did not like media referring to them as friends-turned-foes. Bindra always said “we are still friends” and acknowledged Dalmiya’s massive contribution to the growth of Indian cricket.

When Dalmiya was elected BCCI president a second time earlier this year, Bindra wrote an impassioned letter lauding his desire to “clean up the system”, and that his zeal “nostalgically, reminds me of the Jaggu of yore, and gives hope that the old spark will ignite to arrest the decay and mitigate the wrongs wrought on the game of cricket.” READ: Jagmohan Dalmiya’s eyes donated to Susrut Eye Foundation and Research Centre

For a good measure he reminded Dalmiya how the two fought stalwarts like M.A. Chidambaram, M. Chinnaswamy, Fatehsinghrao Gaekwad and Sheshrao Wankhede over a discrepancy of a mere Rs.20,000 in the accounts and how the board brought back former Vidarbha association president and noted chartered accountant N.K.P. Salve to check the books and get the accounts passed. Instead, Salve told the bosses to set their house in order.

Salve was soon to become the board president and then the chairman of the organising committee of the 1987 World Cup. Much against the wishes of the ruling group members, he handed over the reins to Dalmiya and Bindra to make a grand success of the first World Cup outside England. READ: Arun Jaitley on Jagmohan Dalmiya: ‘I have lost a personal friend’

Like Salve, his successor Madhavrao Scindia also defied his ruling group to repose faith in the duo handling the affairs of the 1996 World Cup which made India a cricketing super power.

Dalmiya was ruthless in exercising his new found power as the ICC chief. He could give Bangladesh the Test status much before its time, save bowlers like Shoaib Akhtar suppressing the voices questioning his bowling action, and deal firmly with the Mike Denness issue when he chose to penalise six Indian players, including Sachin Tendulkar, on various counts. Every action of his translated into votes for him. He made even the ICC rich. READ: Sharad Pawar remembers Jagmohan Dalmiya

The biggest achievement of Dalmiya and Bindra was to end the monopoly of Doordarshan and bring in satellite television and live international sports into the Indian living rooms before the 1996 World Cup, convincing the Supreme Court to allow uplinking of the Hero Cup pictures live. With it, the face of cricket and the board changed and money gushed into its coffers.

Even after being thrown out of the board as well as his domestic turf in Bengal, Dalmiya was not one to give up a fight and throw in the towel. He staged a comeback after being humiliated by the Pawar group with smart businessmen Narayanaswamy Srinivasan and Lalit Modi and Bindra rummaging the books of the board to find alleged irregularities. Some cases he fought in the courts and some others were dropped with equations changing in the board.

When Srinivasan was made the treasurer, Dalmiya had quipped privately: “All those who are baying for my blood do not know what will happen to them once Srinivasan seizes power.” Profound words, though it is a different matter the two later joined hands to balance the power.

There was a time when Dalmiya was riding a tiger and he had to dismount when he realised his game was up. He knew in the board there are no permanent friends or foes, only the permanent interests!

Unfortunately, his health did not permit him to make a fist of his second term which he very badly wanted when he unsuccessfully tried to amend the constitution to allow former presidents to return to power. Srinivasan got it done stealthily, but even he could not enjoy the fruits of it, or so it appears as of now.

With Dalmiya’s death, the era of giants in India’s sports administration is over. 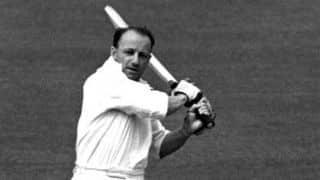 Australia shortlisted for 'The Don' award 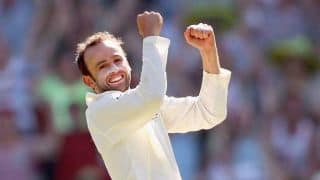