"More you allow people to talk on the field, the more likelihood something personal would be said."

Former Australian captain Ian Chappell feels incidents like the alleged fracas between Ravindra Jadeja and James Anderson in the India-England Test series are increasing because the International Cricket Council (ICC) has not been good enough while deciding on such issues.

England pace spearhead Anderson has been charged for allegedly “abusing and pushing” Jadeja during the first cricket Test at Trent Bridge.

“ICC should block this and start again — they are no good. Probably wasn’t good when I was playing. Tell me when was the last time a decision was made in the best interest of the game of cricket. The decisions are made money wise,” he told PTI in an exclusive interview.

Anderson has been charged under Level three of ICC Code of Conduct for Players and Player Support Personnel following a complaint from India team manager Sunil Dev.

Anderson has been charged under Level 3 of the ICC Code of Conduct. If proved guilty, he will face a ban of two to four Tests or four to eight ODIs.

Chappell said the old system of talking it out over drinks was good enough to sort out on-field conflicts.

“You often realised that both were trying to win for their teams. So the good thing about that system was you started with a scratch next day from scratch. There was no lingering effect of what happened on the field. Now they have got to find another way to sort it out,” he said.

The more you allow people to talk on the field, the more likelihood something personal would be said.

Chappell also said the umpires should sort the conflicts happening on the field. “If this happens to me. I would tell the bowler ‘mate it is going to be a long day because I am not facing up to you’. The umpire would know I am not happy. I will be telling the umpire you get this sorted out. He doesn’t sort it out, I am going to take the law in own hands,” he said.

“I mean one man has got a bat in his hands — that’s dangerous. I mean you have all seen the photo of [Dennis] Lillee and [Javed] Miandad. I mean Lillee had kicked him and Javed had got the bat up here. I mean that was pretty close. It will happen,” he reiterated. 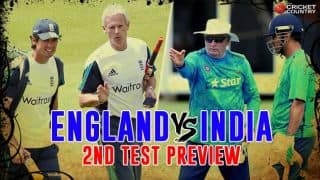 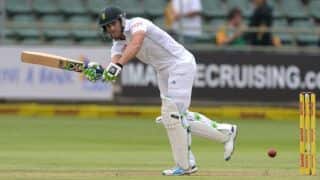