Sutherland's latest three-year deal had been due to expire in June 2015.

James Sutherland has been reappointed as Cricket Australia’s chief executive beyond the 2015 World Cup, the organisation said on Thursday. Sutherland, 49, took over CA’s top post in 2001 at the age of 35 as the youngest chief executive to be named by the governing body.

His latest three-year deal had been due to expire in June 2015. “I’m very grateful to the board for the confidence and faith it has showed in me to continue as CEO beyond next year,” Sutherland told reporters.

“It is a huge honour to lead the game and I’m as passionate as I have ever been to deliver on our strategy of making cricket Australia’s favourite sport.”

CA chairman Wally Edwards said the board had agreed to move Sutherland off a fixed-term contract that was due to finish after the ICC Cricket World Cup to an ongoing employment arrangement.

“The change recognises the outstanding job James is doing leading Australian cricket,” Edwards said in a note to CA staff. 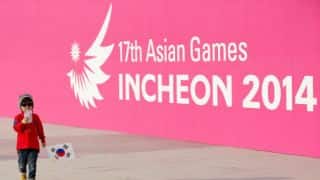