"I don't usually like comparing players, but you see glimpses of what Gilly used to do in Jonny's performance for England against Sri Lanka." - Jason Gillespie

There has been repeated talk that England could fit both one-day keeper Jos Buttler and Jonny Bairstow into the same Test side by having the Yorkshireman give up the gloves. But the 26-year-old Bairstow, the son of former Yorkshire and England wicket-keeper David Bairstow, has had enough of such talk. “As I’ve said numerous times before, I wouldn’t have kept wicket for Yorkshire for seven years if I didn’t want to keep wicket for England,” he insisted. But having been dropped several times by England, Bairstow is determined not to take his current good form for granted. Read: Jonny Bairstow may turn out to be England’s crisis man

“Form can be taken from you very quickly,” he said. “At this moment in time, I’m feeling good, happy with the way I’m striking the ball and with my movement. “Let’s hope that can continue, well … for the next 15 years!” Meanwhile Gillespie, writing in the London Evening Standard, said: “Jonny Bairstow can do the same job for England that Adam Gilchrist did for Australia over so many years, without a doubt.

“I don’t usually like comparing players, but you see glimpses of what Gilly used to do in Jonny’s performance for England in the Headingley Test against Sri Lanka,” added the former Australia fast bowler, who played international cricket alongside free-scoring keeper Gilchrist. “Batting at No7, he scored 140 of England’s first-innings total of 298. That’s nearly half the team’s runs —- and don’t forget that he came in when they were in a spot of bother, at 83 for five.” Read: Jonny Bairstow learns keeping from Newcastle United’s goalkeeping coaches

Bairstow’s early days in international cricket saw his batting technique called into question but Gillespie, Yorkshire’s first team coach since 2011, said: “At Yorkshire, we never had any doubts but I said to him, ‘I give you my word that nobody at the club will talk to you about your technique unless you come to us with a specific area to look at. We will judge you purely on how many runs you score’.

“I haven’t spoken to him about his batting since — apart from to say, ‘Well done’ most of the time. “But the credit must go to Jonny. He has turned himself into a fine cricketer. “Since making his Test debut in 2012, Jonny has been left out of by England four times, for various reasons. “It really does test your character but now he is benefiting from knowing that captain Alastair Cook, coach Trevor Bayliss and the selectors back him completely.” 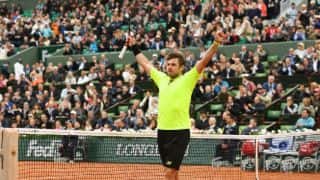 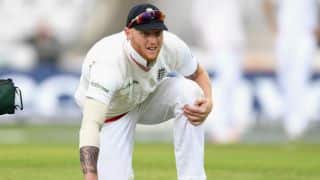