Jason Roy who is ambitious to play Test cricket for England, wants to focus on limited-overs cricket.

Jason Roy has been one of the reasons to turn around the fortunes for England from their embarrassing defeat in the ICC World Cup 2015 to being one of the favourites in limited overs cricket. In the recent practice match against WICB President XI Roy powered to 43-ball 79. Roy who is ambitious to play Test cricket for England, wants to concentrate on limited-overs cricket at the moment with the Champions Trophy looming. Which means his next First-Class match could happen around June end. This match might take place under the lights. Roy went through a minor bruise due to tough fielding sessions during the warm-up match, is confident of being available for the final warm-up game on Monday. Full Cricket Scorecard: West Indies vs England, 1st ODI at Antigua

Speaking telegraph.co.uk on Champions Trophy and him ambition to play Test cricket, Roy said, It’s definitely difficult getting into different mind-sets. It’s not really a technical thing; it’s more a mind-set thing. Especially going from red ball to white ball. T20 and 50-over cricket can be quite similar. So just playing white-ball cricket would be beneficial coming into the Champions Trophy. He added, Playing Test cricket is in my head. I want to play. I’ve told the coaches that it’s at the forefront of my mind that I want to be playing Test cricket. It’s on my radar. I just need to score some runs. Hopefully, I’ll get a good volume of white-ball runs and maybe that can push my case later in the year.

Roy also wants his opening partner Alex Hales to join along soon in the West Indies ODI series, Hales will probably come straight back in, I would have thought. He deserves that spot. So yes, I’d expect to open with him. But competition for places is high. There is a big opportunity for Sam Billings. He is the real deal as well. India vs England, 3rd ODI: Jason Roy claims every game build up to ICC Champions Trophy

Roy who was recently picked in IPL auction 2017 in the second round by Gujarat Lions (GL), might have to return for his national duties in middle of the tournament as England play Ireland in May. However, he will come back to IPL for a couple of matches as soon as the national duties conclude. Speaking on his IPL selection, Roy mentioned, I wake up with a smile on my face every morning here. It’ll be my first time going to the IPL. It’s a huge competition. I woke myself up at 4am on the day of the auction and had at look at my phone. It said ‘Jason Roy: unsold’. I threw my phone on to the floor and was like, ‘I’m just useless’. Anyway, I was lucky enough to get picked up in the second round. 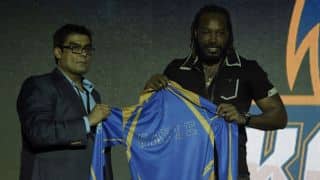 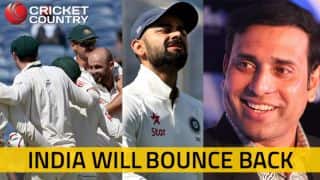