Srinath and Ravi are the two Indians in Elite list of ICC umpires.

Javagal Srinath and Sundaram Ravi are the only two Indians who will officiate in the ICC World Twenty20 which will be played in Bangladesh from March 16 to April 6.

The match referees’ responsibilities will be shared between David Boon, Ranjan Madugalle, Roshan Mahanama and Srinath of the Elite Panel of ICC Match Referees. 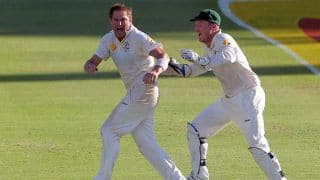