Jhulan Goswami would become the fourth Indian cricketer, and the first Indian women cricketer to have her own biopic.

When it comes to Indian women‘s cricket, Jhulan Goswami the highest wicket-taker in ODIs often comes to our minds. There is Mithali Raj, the Indian captain as well. The two have served their nation with distinction. Bowl better than me, advises Jhulan Goswami to current India Women bowlers

All the same, news has emerged that Jhulan will soon be having a biopic. After Mohammad Azharuddin, MS Dhoni and Sachin Tendulkar, Jhulan would become the fourth Indian cricketer and the first Indian women cricketer to have a movie depicting her struggles and heroics. The film is set to be titled ‘Chakdaha Express’, focusing on her journey from her hometown in Nadia district to Lord’s so far. The film will be directed by Susanta Das, and will be shot in India as well as England, in Hindi language. CAB pay tribute to its women cricketers with honorary membership

“Shooting will be held from Chakdaha to Lord’s. I cannot tell you the names as they are yet to be signed. But we are in talks with leading Bollywood actresses. We have seen MS Dhoni and Sachin Tendulkar’s biopic. But this will be the first biopic on women’s cricket. We will send our crew to wherever Jhulan has played. The focus will be her journey, the odds she overcame since she was 10. Hope it will inspire and motivate millions of youngsters. It’s about chasing your dream,” said Susanta. 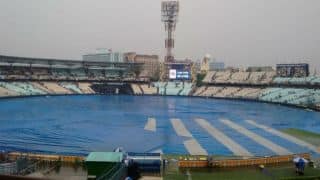