Jimmy Neesham perhaps the first active cricketer to comment about it took to Twitter to say that there is a good reason to be optimistic about the future.

Board of Control for Cricket in India (BCCI) suffered a major blow when the full-member nations voted against them in the governance structure and the revenue model in a meeting held by ICC in Dubai. The new revenue policy could very well bring an end to the dominance of the so-called Big Three including India, Australia and England. There are many who have welcomed this move, but New Zealand all-rounder Jimmy Neesham perhaps the first active cricketer to comment about it took to Twitter to say that it was a step in the right direction and now there is a good reason to be optimistic about the future. READ: BCCI suffer major blows in ‘governance and constitutional changes’, revenue model

BCCI lost the vote on governance and constitutional changes by a 1-9 margin while the revenue model, which was the bigger bone of contention, saw India getting walloped by a 2-8 margin. BCCI is likely to lose $277 million over the next eight years, with minor nations such as Ireland and Afghanistan gaining more revenue as a result. “This model was passed 13 votes to one. A revised constitution was also approved by 12 votes to two,” ICC said in a statement, adding the changes would be put to ICC in June for adoption. READ: ICC CT 2017: Are we going to England or not? , Indian players ask CoA members

Much cause to be optimistic about the future of our game. Many challenges ahead but certainly a few steps in the right direction! https://t.co/Ta0p0Iqvj1

ICC Chairman Shashank Manohar believes that the decision taken in the ICC board meeting is another step forward for world cricket. “I am confident we can provide a strong foundation for the sport to grow and improve globally in the future through the adoption of the revised financial model and governance structure,” he said.

(With inputs from PTI and AFP) 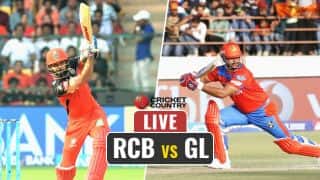