Marcus Stoinis belted an unbeaten 93 off 49 as Western Australia continued their unbeaten run in the ongoing Australia one-day domestic competition.

Marcus Stoinis belted an unbeaten 93 off 49 as Western Australia continued their unbeaten run in the ongoing Australia one-day domestic competition beating Tasmania by five wickets on Monday. In reply to Tasmania’s 290/8, Western Australia reached 292/5 in 40.3 overs for a fifth straight win.

WA chase was powered by attacking fifties from opener Josh Phillipe (50 off 33), 63 off 61 from D’Arcy Short who scored a record-breaking 257 in WA’s last fixture and dominating 93 not out from Stoinis who saw the chase through.

Their chase began on a bright note before Josh Inglis fell on 15 in the fifth over. Phillipe and Short added 88 runs after the departure of both their openers. The quick dismissals of Short, captain Ashton Turner (33) and Hilton Cartwright (0) raised Tasmania’s hope but Stoinis, who was dropped on 47, clattered eight fours and seven sixes in an unbeaten 124-run stand with Jhye Richardson (29*) put that to rest.

Ben McDermott and captain George Bailey fifties guided Tasmania’s innings after being sent in at the Hurstville Oval in Sydney. McDermott, scored 76 off 77 while Bailey was run out on 79 after hitting 10 fours and a six. Handy contributions from the lower order pair of Thomas Rogers and Clive Rose, who each added 32 runs, pushed them to a challenging total. 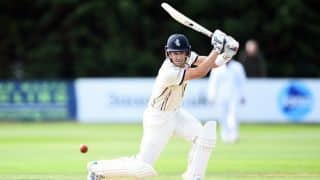 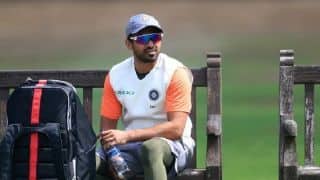