Fields had a distinguished record leading Australian women's team to a World T20 title and a World Cup.

“It has been a tremendous honour and privilege to represent my country. I feel that this is the right time for me to retire from international cricket. I’ve been really lucky and proud to be able to represent Australia for as long as I have and to have been a part of some amazing and successful teams. There is nothing I loved more than pulling on my Australian jersey and running onto the field with my teammates. The friendships and memories will stay with me forever.,” Fields was quoted by the official website of ICC.

“No doubt the highlights of my international career were captaining the side to two World Cup wins within the space of six months and I particularly enjoyed the challenges of Test cricket. None of it would have been possible without hard work and dedication from everyone involved. Throughout my career I have always given my all on and off the field and I am extremely grateful for having the opportunity to captain the national team. Cricket has changed a lot since I first played for Australia. The women’s game is bigger and better than it has ever been and I hope that more and more girls continue to take up the game. Thanks to everyone who supported me during my international career. I would not have been able to achieve what I have without the support of those close to me, particularly my family and friends. Cricket has given me a lot of great experiences but I’m looking forward to the next phase and being able to focus on other career opportunities,” she added.

Cricket Australia Chairman Wally Edwards said: “I’d like to congratulate Jodie on a successful international career and thank her for her immense contribution to women’s cricket at all levels of the game. Jodie has been a passionate and committed member of Australia side for eight years, and as a dual World Cup winning captain, she sits in elite company in the history of Australian cricket.

“Two of my highlights as CA Chairman have been watching Jodie lead team to the 2013 Women’s World Cup in India and 2012 World Twenty20 in Sri Lanka. Jodie’s on-field achievements are a testament to her exemplary work ethic off the field and the Southern Stars’ sustained success over the years, which have inspired many talented young females across the country to watch and play cricket.” 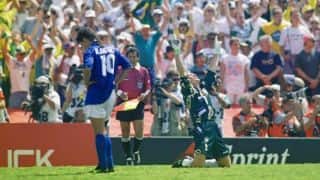 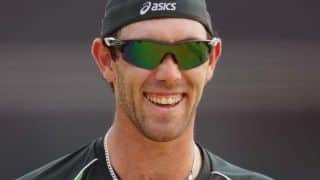