Remembered for his match-winning final over in the inaugural World T20 title clash in 2007, Haryana pacer Joginder Sharma said on Monday the phase after the "big car accident" he suffered exactly two years ago was the "toughest phase of his life". 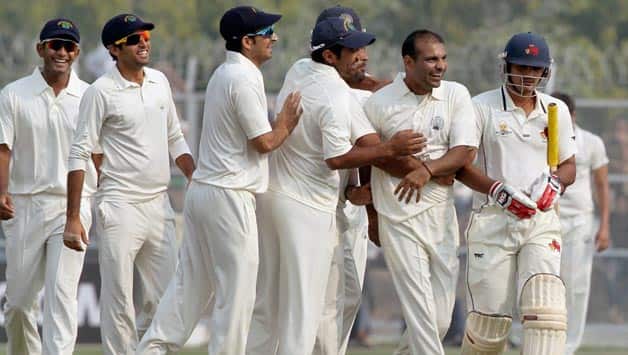 Remembered for his match-winning final over in the inaugural World T20 title clash in 2007, Haryana pacer Joginder Sharma said on Monday the phase after the “big car accident” he suffered exactly two years ago was the “toughest phase of his life”.

He added that the possibility of returning to the field had seemed bleak after the accident.

One of the key players in Haryana’s scheme of things for several domestic seasons, Joginder led his team’s fight-back on Monday with a five-wicket haul in their Ranji Trophy opener against holders Mumbai.

And the first thing he did after the second day’s play was to thank former Board of Control for Cricket India (BCCI) president Ranbir Singh Mahendra and his physio Amit Tyagi for inspiring him with their motivating words.

Recalling the accident that took place in November 2011, Joginder said, “I am thankful to Ranbir Singh Mahendra and my physio Amit Tyagi as I was coming from a big accident.”

Joginder had a fracture and clotting, for which he needed surgery.

Speaking in detail about the time following the mishap and his chances of making a comeback, the modest all-rounder said, “I spoke to the doctor about the injury…then it seemed comeback was tough but my physio helped, Anirudh Sir helped. I followed the doctor’s advice and worked hard.

“After the injury I was in the hospital for 10-11 days and another 3-4 days in ICU. That was followed by 3-4 months’ bed rest. After nine months I met the physio. It all seemed tough, in fact the first 4-5 months were the toughest of my life and I don’t want to remember that,” he said.

Asked about the role played by former India opener Ajay Jadeja, who has made a comeback to domestic cricket, Joginder said, “His arrival has changed the atmosphere in the team. He knows so much about the game. I have heard today only that he was known as guruji in the Indian team. He has a different way of leading the side, inspiring the players, setting the fields.”

Speaking about his team’s chances in the ongoing match in which Haryana have taken an overall lead of 222 runs, Joginder sounded optimistic.

“Haryana have enough runs and we will have to bowl to a disciplined line and length. We have an idea about this wicket. We worked hard and Jadeja has had a role in our disciplined bowling,” he said.

About today’s effort, he said, “It is a helpful wicket where the ball swings. I was trying to bowl to a good line and length because the bowlers were getting help.”

Talking about the field setting, he said, “It depends on the batsmen, the way we are comfortable. We set the field after discussing with the captain.”

Mumbai’s Vishal Dabholkar, who picked up three wickets on the second day, said his job was to control the game.

“I was told by my captain to control the game, stick to a particular line. The main plan was to just bowl maiden overs, give less runs,” Dabholkar said.

He said Mumbai will look to go for an outright win in this match.

“We will look to go for outright victory. We have got good batsmen and a win will be good motivation.”

Saurashtra reach 475/7 against Rajasthan on Day 2