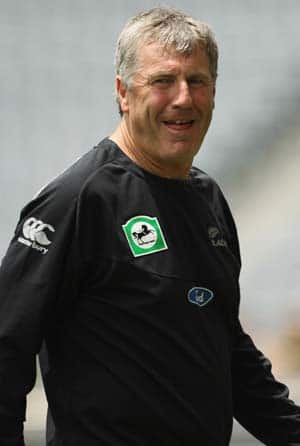 “John Wright is the coach best placed to lift the Australian team. Although other worthy candidates have put their hats in the ring, the Kiwi is the right man for the job. He has an impressive track record, an affable manner that conceals toughness and a fund of cricketing sense, Roebuck wrote in The Sydney Morning Herald.

“Wright has coached New Zealand and India with considerable success. Wright handled India well and they rose steadily on his watch… Like most openers worth their salt, Wright adjusts his game to meet varying conditions,” Roebuck noted.

“Already Australia’s football and rugby sides are coached by imports. His nomination is not a slight let alone a blight on the home grown. It’s just that the Kiwi has the edge,” he added.

Amongst the most notable candidates available for selection, Roebuck termed Steve Rixon as the frontrunner.

“The only qualm is that he [Rixon] is something of an insider in cricketing circles and the time might be ripe for a fresh influence. Greg Shipperd has a fine record with Victoria and ought not to be underestimated, let alone patronised. Troy Cooley suffers from association with failure but gets his chance now in South Africa. Mickey Arthur’s name has also been mentioned but those familiar with his stint with the Proteas retain reservations about his capacity,” the cricket columnist said.

Although none of them is incompetent, and all of them have much to offer, it is just that Wright “seems the most intelligent and accomplished,” Roebuck stated.

Interest of Kochi players will be protected: Rajiv Shukla