Bairstow was declared fit on Tuesday and ready for selection, but the England team management has given him one more week to fully recover.

A century on debut and good work behind the stumps has earned Ben Foakes a place in the England squad for the second Test against Sri Lanka which begins on Wednesday at Kandy. With regular keeper Jonny Bairstow nursing an ankle injury in the first Test at Galle which the tourists won by 211 runs, Foakes stepped up and scored 107 in his debut innings.

Bairstow was declared fit on Tuesday and ready for selection, but the England team management has given him one more week to fully recover.

According to a report in Cricbuzz, England have announced an unchanged side for the Kandy Test with allrounder Ben Stokes set to bat at number three. The move will mean that Moeen Ali, who scored nought and three in Galle, will drop to number six in all likelihood.

England s batting order has been in complete shambles. Stokes now will have batted in every position from three to 11, while Ali has ticked all the spots between one and nine. Stokes, who has got good batting technique, has played a key role in England’s fielding plans. 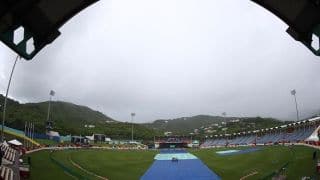 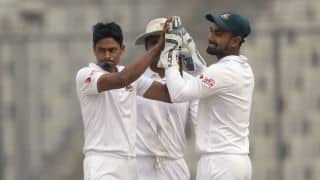