After setting target of 209, BCB Select XI lost by four wickets against England XI in practice match at Fatullah.

Skipper Jos Buttler and Moeen Ali s fifties kept England XI in the driver s seat as they helped their side to four wickets win against BCB Select XI in practice match held at Fatullah on Tuesday. England XI lost consecutive wickets in the initial innings, but when Buttler and Ali took charge of the field, it was a run parade. Bangladesh bowler Ebadat Hossain provided the initial start by grabbing two wickets, while Al-Amin Hossain, Kamrul Islam Rabbi, Shuvagata Hom and Sunzamal Islam took apiece. Bangladesh looked to have continued the winning momentum in the initial stage but the game belonged to England towards the death over.

Responding to BCB Select XI 310 target, James Vince and Jason Roy started off the innings. Vince was off the mark with a boundary on Rabbi s first over. Soon Roy tagged along and smashed first six for England XI, looking to set the stage for a moment. However, it was Vince s day out as he was all out with back-to-back boundaries. Roy did get another six to his name and soon was caught by Rabbi with Ebadat drawing the first wicket. By then England XI had already gone past the 50-run mark in just 6.5 overs. By the first Powerplay, England XI were 80 for 1. Newbie Ben Duckett was also spot on as he got few boundaries as well, but his partner Vince unable to stay too long and was caught by Nurul Hasan and Ebadat striking once again dismissing him off for 48. ALSO READ: Imrul Kayes century guides BCB Select XI to 309/9 vs England XI

Jonathan Bairstow and Duckett were going steady after fall of two wickets. England XI soon reached the 100-run mark by 14 overs. Duckett had a decent outing with boundaries coming in slow pace. Bairstow intended to stay longer but was dismissed soon for 11. It seemed that Duckett and Ben Stokes could have handled the game well, but it tilted as soon as Duckett was dismissed for 29. That s when Buttler entered the crease and was off to brilliant start with a six. Stokes and Buttler were juggling with boundaries as England XI needed to move on faster pace to get the runs on board. FULL CRICKET UPDATES: BCB Select XI vs England XI, Practice Match at Fatullah

Before Stokes dismissal, England XI had crossed the 150-run mark. Once Moeen Ali and Buttler got together, Bangladesh were thrashed morally by some quick fireworks from England XI. It took four sixes and two fours for Buttler to achieve his fifty off just 50 deliveries while Moeen smashed eight fours and two sixes to get to his fifty off mere 40 deliveries. By the time these batsmen reached their fifties, England XI were off to 200-run mark. But it was Buttler s firepower in the death overs with two sixes and two fours to reach get to the 300-run mark, keeping him unbeaten at 80. This will lay down the foundation for England to get better in the ODI series against Bangladesh with the first ODI to begin from October 7 at Dhaka.

Earlier, BCB Select XI were off the mark with flying start as they posted 309 for 9 against England XI in the practice match on Tuesday at Fatullah. Imrul Kayes, who was at his best in the top-order against Afghanistan in the first One-Day International (ODI), secured his century off just 109 deliveries. It was not just Kayes but tagging along were Mushfiqur Rahim and skipper Nasir Hossain who scored a fifty and 46 runs respectively. England XI looked completely sloppy conceding too many runs on the go. But it was Chris Woakes death bowling and ending with figures of 3 for 52 while Ben Stokes got 2 for 36 along with David Willey s 2 for 63. BCB XI were at the best on the field, until the death overs got the better of them and there were constant fall of wickets.

Spinners were taken for a ride by BCB Select XI where Adil Rashid conceded 76 runs while Willey gave away 63 runs. Moeen was smashed and gave away 41 runs. 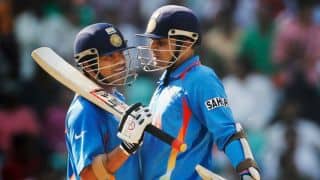 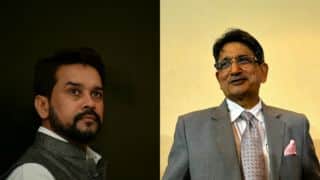 BCCI vs Lodha Committee: A timeline of events