Jos Buttler made a brilliant comeback in the ODI and T20 series for England after being dropped from Tests.

Jos Buttler who lost his place as wicket-keeper in the third Test for England against Pakistan at Sharjah after number of dismal performances, has said it has come as a relief to be dropped. “It was a relief to get dropped which is sad in a way because you never want to miss a game. But I was not performing and mentally I got to a stage where I was not concentrating and did not want to be there,” said Buttler. Jonny Bairstow was drafted in the team which to lost to Pakistan giving away the series away by 2-0 margin. ALSO READ: Alastair Cook cautions teammates of fatigue ahead of South Africa vs England 2015-16 series

Buttler,25, was recalled for the one-day series against Pakistan and ended up scoring the fastest ever century by an Englishman in 50-over format. Buttler also captained the T20 side to a series victory. “You get to a place where you are thinking ‘today I have to get runs or can you just drop me and get me out of this’,” he told the Daily Telegraph. “Keeping wicket is the worst place to be when out of form. You can’t hide at fine leg where you might touch the ball once every 10 overs. Behind the wicket you are involved every ball,” explained Buttler.

Buttler added, “You are never going to go to a coach and say ‘look I think you need to drop me’ because you have that pride thinking you can turn it around but it was definitely a relief to be taken out of that game and then suddenly the world changed.” “When I was watching the Sharjah Test I wondered why I had been so worked up,” concluded Buttler. ALSO READ: Monty Panesar keen to make England return

Buttler and Bairstow will also compete for a place when England visit South Afirca for four-Test series begining on Boxing Day. 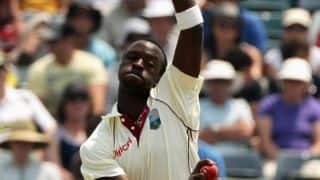