Australia fast bowler Kane Richardson has withdrawn his name from the T20 Blast where he was set to represent Derbyshire.

Australia fast bowler Kane Richardson has withdrawn his name from the T20 Blast where he was set to represent Derbyshire.

Richardson has taken the decision after he was called up by Australia for their World Cup campaign as a replacement for injured Jhye Richardson.

Jhye hurt his shoulder during the ODI series against Pakistan in UAE and failure to recover in time saw him missing out on the World Cup spot.

The 28-year-old requested Derbyshire to release him front the contract so as to manage his workload this summer.

While disappointed, the club has now started looking for replacement.

“We’re disappointed to lose Kane, but we’re progressing nicely in finding a new overseas bowler,” Derbyshire’s Head of Cricket Dave Houghton said on the club’s official website. “There are several players available to us, but we won’t jump at the first option. We’ve got a talented squad here and we need a player who can complement our side.

He added, “The team have made a good start to the season and there’s a great attitude within the group. It’s a hungry squad who’ve brought a great atmosphere to training. We’ll continue working hard and an international-level bowler coming in can only help our progress.”

While sympathising with Jhye’s misfortune, Kane said the call-up was a realisation of a childhood dream

“I’m over the moon because it’s a childhood dream for me, selfishly I’m super excited but at the same stage I’m feeling for Jhye,” he had said.

“I remember four years ago missing out on at that 2015 team. I was 24 then and I thought at the next one I’ll be 28, so that’s probably my shot I still wasn’t thinking about it a month ago. But to get the call yesterday that struck me the most. I remember watching the World Cup in England in 1999, that was the one I went to video store and rented the VHS and watched that back! It kind of hit me then that these things don’t come around,” he said. 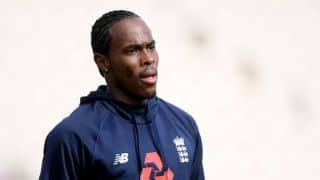 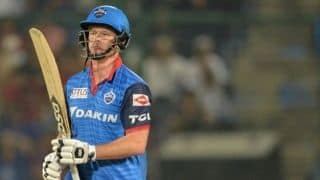 It’s frustrating when not playing but have to be realistic: Colin Munro