Kane Williamson has been announced as leading cricketer in the World for 2015 and Suzie Bates taking the lead for women.

Wisden announced the list of five players who feature in their cricketers of the year category. Kane Williamson has been announced as leading cricketer in the World for 2015 and Suzie Bates taking the lead for women. Williamson earned the spot by claiming his century against Sri Lanka at home and confirming himself as one of the talents of his generation. Williamson garnered 2,692 international runs standing ahead of Steven Smith. He claimed third-highest annual total of all time. Booth said, “The choice of Williamson in an era of highly gifted young batsmen reflects the measured brilliance he brings to every format of the game. Brendon McCullum reckons he is going to be one of the best batsmen the game has ever seen, and it’s hard to disagree.” READ: Brendon McCullum, Kane Williamson, Steven Smith among others named as Wisden’s cricketers of the year

Apart from Williamson, recently retired Brendon McCullum, Australia’s ODI and T20 skipper Smith and England’s Ben Stokes and Jonny Bairstow have been included in the Wisden’s cricketers list. McCullum scored  a 54-ball hundred, the fastest in Tests, while Smith scored a double-ton at Lord’s to add to his magnificent 143 at Oval in The Ashes last year. Englands Jonny Baistow has been their crisis man apart from Joe Root, notching up an unbeaten 83 off 60 balls or his 74 in a heroic stand with Root in the fourth Ashes Test to confirm his name as Ashes Winner. Ben Stokes showcased his batting prowess against South Africa amassing 258 runs from just 198 balls in the first Test at Cape Town.

Suzie has spent 2015 as one of the power hitters of the women’s game scoring 258 runs during 5 One-Day International cricket against Sri Lanka. The icing on the cake was her 6 th ODI century leading to victory over England in February. Booth further added, “It needed something special to deny both Meg Lanning and Ellyse Perry this award, and Bates’s all-round performances were precisely that.” 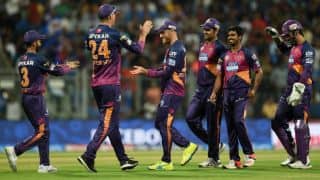 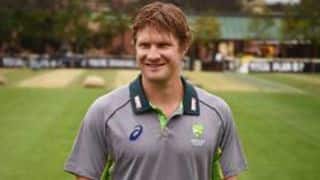