Vikramaditya Motwane is producing an upcoming film based on the 1983 World Cup-winning skipper Kapil Dev on screen.

Mumbai: Filmmaker Vikramaditya Motwane, who is producing an upcoming film based on the 1983 world cup, says it is only actor Ranveer Singh who can portray India‘s first World Cup-winning skipper Kapil Dev on screen. “‘1983’ is the greatest Indian underdog sports story ever and we’re delighted to be making it with Kabir and Ranveer. Taking on the mantle of playing a legend like Kapil Dev isn’t easy but if any actor can do it, it’s Ranveer,” Motwane of Phantom films, said in a statement. In 1983, India won it’s first cricket World Cup against the West Indies. Dev served as the captain of the Indian cricket team then. Kapil Dev s role in India s 1983 Cricket World Cup win movie to be enacted by Arjun Kapoor?

Ranveer has been roped in to portray the life of Dev in the film depicting one of the most pivotal events in Indian cricket history — the 1983 Cricket World Cup. The film is being helmed by Kabir Khan and the scripting of the film is finished. Motwane added: “I’m sure his portrayal is going to be endearing and brilliant and we can’t wait to see it on screen.” Other details of the film and the star cast are still under wraps. 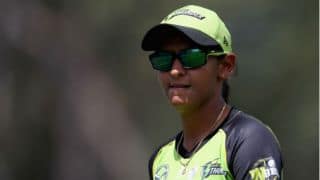