Jagadeesh is the fourth highest scorer in first-class cricket for Kerala with 3,548 runs.

One of Kerala s senior cricketers, VA Jagadeesh has retired from first-class cricketer after playing 72 matches since making his debut in 2004. Kerala were the story of the Ranji Trophy 2018-19 this season reaching the final for the first time ever. However, in the semi-finals, they were humbled against Vidarbha, going down to the defending champions inside two days with Umesh Yadav picking up a 7 for 48 as the hosts folded for 105 in just 28.4 overs with just three players reaching double figures.

Jagadeesh didn t play in the semis. He last played for Kerala in a league match against Himachal Pradesh which Kerala won that sealed their entry to the quarters. (ALSO READ: Fiery Umesh leads Vidarbha to second straight Ranji Trophy final)

I have been playing for Kerala for the last 15 years, and I wanted to go out while I was still in form, Jagadeesh was quoted as saying in a report in Sportstar.

Now there are youngsters to take Kerala cricket forward.

The 35-year-old batsman is the fourth highest scorer in first-class cricket for Kerala with 3,548 runs behind Rohan Prem (4,674), Sreekumar Nair (3,921) and Sunil Oasis (3,906). He was glad he could be part of the team to witness history. (ALSO READ: We got the rewards for bowling in right areas: Kerala coach Dav Whatmore)

That was something I could not achieve with the previous Kerala sides. I am also happy that I could make contributions to the team in my last season, he said.

Jagadeesh, who made a comeback after a year, will always remember his 113 against Hyderabad at Thiruvananthapuram on return at the beginning of the season.

I could also do quite well in the one-dayers for Kerala in the Vijay Hazare Trophy. Helping the team win the Ranji match against Bengal at the Eden Gardens in Kolkata, with my innings lower down the order was also special, said Jagadeesh. (ALSO READ: Kerala s march to semi-finals nothing short of a miracle – Sachin Baby)

He will continue playing club cricket. Some people close to me wanted me to play on for Kerala for another couple of seasons, he said.

But I had made up mind and discussed it with the team management too. They could understand my point. 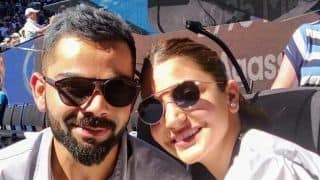