I am somebody who believes in miracles, and this is nothing short of a miracle.

This is how skipper Sachin Baby describes Kerala s march into the semi-final of the 2018-19 Ranji Trophy – the first time in 68 years that the state team has reached this far in the storied history of India s premier domestic tournament. (ALSO READ: Sachin Baby credits team unity for Kerala s second successive big season)

After a turmoil-ridden phase that marred preparations ahead of the season with players rebelling against the skipper, to reach the semi-finals after beating former champions Gujarat in the quarters – may well feel like a miracle, but in truth it was a solid team effort throughout the season that buoyed Kerala. (ALSO READ: After a tough phase, Sachin Baby and Kerala set sights on strong season)

The pace duo of Sandeep Warrier and Basil Thampi combined to scalp 72 wickets between them while the ever-consistent Jalaj Saxena has 28 wickets to go with 537 runs – the highest for Kerala this season. Baby himself has contributed 479 runs. (ALSO READ: Like representing India, playing in the IPL is also a dream: Jalaj Saxena)

Right from my debut in 2009, every captain that I played under wanted to see Kerala qualify for the Elite group, which we managed to do last season and now we ve reached the quarters – that was a big landmark for Kerala as a team, Baby tells CricketCountry.com after Kerala s 113-run win over Gujarat at Wayanad. And this year, god bless, we got the opportunity again to reach the quarters – and that too from Elite, which in itself was a huge achievement. We were the only to team to take 4 wins (from Group A and B), I take a lot of pride in that; and we beat a former Ranji Trophy winning team in Gujarat. So as a captain, as a player, I am very happy to see Kerala reach the semis.

During the league stages last season, Baby s team was undone by Gujarat on a spinning track at Nadiad. This year, Kerala returned the favour by preparing a spicy track at the Krishnagiri Stadium in Wayanad and of the 20 opposition wickets to fall, 19 were taken by the pacers with the other being a run-out.

I am a very optimistic guy, he states. My motto is: whatever happens, it happens for the good so when we lost the toss, I was not disheartened. But our batsmen did really well. It was not easy for anyone to bat on that track. We posted 185 and batting first allowed our bowlers to see where the run-scoring areas were, and when they came onto bowl they bowled lines which were not easy to score. Our field placements were such that we saved at least 20-30 runs.

Kerala suffered a big blow in the form of Sanju Samson who had to retire hurt after fracturing his finger in the first innings. Because of that, despite taking a slender lead of 23, the hosts were under the pump.

Sanju s injury was a big blow, but out thought process (heading in to the second innings) was that whatever lead we got, those were the runs Sanju scored. The partnership between Sijumon and myself was good, and also Jalaj coming in scoring some quick runs was crucial, says Baby, who scored 24 in the second innings, combining for a 39-run stand with Sijomon (56 off 148 balls). Saxena made 44 off 67 balls down the order, setting Gujarat a target of 195.

Former international coach Dav Whatmore took charge of Kerala last year, taking the team the quarters and this year the team has gone one better and Baby says his support has been one of the key factors in the team s success.

Mainly, he gave me the license to go with my decisions and he backed my intuitions, he says. There were times it didn t work, but I was not blamed for that; his support has been really good.

While Baby stresses on team unity, there is no denying the fact that the pace duo of Warrier and Thampi are the standout performer.

Kerala have produced good pacers over the years like Tinu (Yohannan) chettan and Sree bhai (Sreensath) and Basil and Sandeep are the current generation and they have showed their worth, he says. This year they have been our strength, and Nidheesh has also supported them really well. But not just them, Jalaj s contribution has been invaluable – and every player in the squad stepped up, whenever the team needed them. 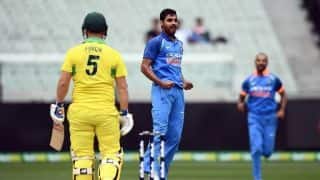 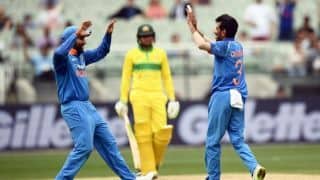