The Kerala captain is banking on the spinners, chiefly Jalaj Saxena who was the leading wicket-taker last season.

Kerala made history in the 2017-18 Ranji Trophy season by reaching the quarter-finals for the first time under a new captain-coach combo of Sachin Baby and Dave Watmore. It was a high point for Baby, who would have hoped to get cracking with the preparations for the next season, a tougher one, playing in Elite Group B.

However, he was greeted by a turmoil-ridden phase that saw 13 Kerala players rebelling against the skipper and subsequently earning sanctions from the Kerala Cricket Association (KCA). All the momentum that Kerala had achieved from the last season was gone.

The players had written a letter to the KCA in which they cited unhappiness with Baby s leadership, accusing him of being selfish and arrogant and pleaded for him to be sacked.

That was a tough one month for me as a player, Baby tells CricketCountry. But it made me stronger. I learned to handle such situations in a better way. I realised a lot of thing in life as well. I am taking it in the stride and viewing it as a hurdle in life,

The stand-off was diffused by numerous meeting with KCA members and coach Watmore. Match suspensions imposed on five players were reduced to just fines equivalent to three one-day match fees.

It was all down to miscommunication, and a lot of external factors took advantage of the situation. But we sat down as a team and discussed those things and got everything cleared. But, it was very tough at that time, says Baby. Big thanks to the KCA and the coach for believing in me. Dav took the initiative to clear things and i will again thank the KCA for all their support,

The board backed Baby firmly and named him captain for the season. Kerala finished a credible fourth in Elite B in the Vijay Hazare Trophy with Baby leading the run-scoring charts with 278 in eight matches at an average of 37.91. The focus now shifts to the Ranji Trophy and he knows it is going to be a tough season.

All the teams are very good [in Elite B]. We have played most of the teams in Ranji, barring Bengal, Tamil Nadu and Punjab, and it is going to be tough for us but we set a standard last year reaching the quarter-finals and will aim to maintain that, says Baby, who in 2014 had become only the second Kerala captain to register a score of 200 in the Ranji Trophy.

He went on to create another record with 250 not out in the 2016-17 season, thus becoming the only Kerala player to score two double-centuries in first-class cricket. Baby underlines the importance of starting well and wants his team to inculcate a winning attitude.

We will take it game by game. Our first match [versus Hyderabad] will be very crucial, because it is going to be a long season and we will go with the mindset of winning every game, he says. Even last season as well, we got a boost after the win over Jharkhand and that set the tone for us for the rest of the season.

Last year, Kerala won five out of their six matches on tailor-made pitches with their spinners Jalaj Saxena (44 wickets) and KC Akshay (22) taking the team to the quarters. Baby is betting on them to give the results this year as well.

Last year spinners got us the results and we have a similar kind of combination this year as well. The pitches we are going to play will be in red soil wickets and spinners are definitely going to play a big role, he says.

Saxena, who shifted from Madhya Pradesh a couple of seasons ago, was the highest wicket-taker and the winner of the best allrounder award and will be a vital cog in Kerala s success. The biggest credit for our wins goes to Jalaj, be it batting or bowling. He helped me out with captaincy as well. Arun Karthick was also really good. This year also we will bank on their experiences, says Baby. 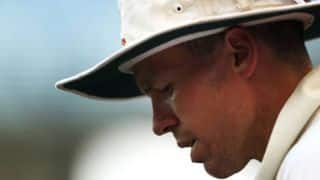 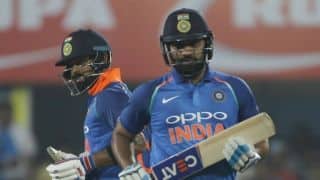 India vs West Indies 2018, 5th ODI, LIVE Streaming: Teams, Time in IST and where to watch on TV and Online in India