Pietersen has argued that he relies heavily on instincts, which at times end up affecting his batting.

England discard Kevin Pietersen on Monday defended his batting tactics during the Ashes 2013-14, wherein his side was thrashed 5-0 by a rampaging Australian side. Pietersen featured in all five Tests, amassing 294 runs in 10 innings at an average of 29.40. He managed only two half-centuries.

Pietersen, writing his column in The Telegraph analysed his performance Down Under and argued that he relies heavily on instincts, which at times end up affecting his batting.

He wrote, “On a personal note, I did not score the runs I would have liked in Australia but I have played a certain way throughout my career and will continue to do so. There is method to my batting but I play on instinct as well and I would absolutely play that way again if we could go back in time.”

“In the first innings at Brisbane, I was caught at midwicket. As soon as the ball left Ryan Harris’s hand I thought ‘four’. I saw the angle and thought ‘bang it through midwicket’, but I got caught out. In the second innings, all I tried to do was help a short ball from Johnson to fine leg because it was too tight to pull, but I was caught again,” Pietersen continued.

“In Adelaide, I walked out to the crease and felt like I did not know which side of the bat I was holding. I felt that terrible and that is why I was walking at Peter Siddle and playing him on the full. As soon as I was dismissed I walked out of the dressing room to the nets with Richard Halsall, the assistant coach, and spent 45 minutes trying to figure out how to bat again. I felt that bad, the worst I have ever experienced in an Ashes series,” he added.

Pietersen drew comparisons with some of his successful outings to prove his point. “Look at the innings that started it all off – the 158 against Australia in the 2005 Ashes at the Oval. I was hooking Brett Lee at 95mph into the stands. Any one of those shots could have gone straight up in the air and been caught.”

He continued, “The 186 in Mumbai in 2012 is talked about as the best innings by a foreigner in India. I took risks during that hundred. I am England’s leading run scorer in all forms of cricket because of playing that way. People say I should have ground it out. Should I? What would have been different?”

He added, “What I have done during my career is ignore the ridiculous praise and the ridiculous criticism. I have stayed even and been mentally strong enough to keep believing in my methods and what I think is the best way for me to be successful. It would have been easy for me to start defending a bit more. Would that have made me a better player? No. I am a risk-taker in cricket, in business and all parts of my life.” 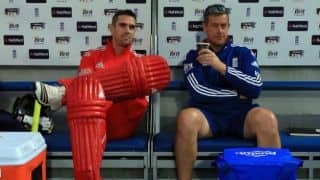