Surrey released a statement saying Pietersen would not be risked due to the finger problem.

Kevin Pietersen‘s return to action for Surrey following his controversial England exit has been delayed due to a finger injury. Pietersen had hoped to play for Surrey in their Twenty20 fixture against Middlesex on Friday, but a statement on the English County’s website said Pietersen would not be risked due to the finger problem.

The South Africa-born batsman is still to make his seasonal debut on the County scene and when he does, it will be his first game on home soil since his acrimonious parting of ways with the England team.

He was a casualty of the disastrous recent Ashes 2013-14 tour, which saw England thrashed 5-0 by Australia, and has been forced to deny suggestions he was a disruptive influence on his teammates during a series in which he finished as his side’s leading run-scorer.

Since Pietersen’s central contract with England was terminated, he has been on Indian Premier League (IPL) 2014 duty with Delhi Daredevils, but is travelling back home to play for Surrey in the T20 Blast competition.

“Kevin Pietersen is unavailable for the game due to ongoing problems with the finger injury which hampered him throughout the IPL. After seeing a hand specialist today Kevin has been told he does not need surgery but will require five days of intensive physiotherapy,” the Surrey statement said.

“Pietersen will be available to play against Essex in the T20 Blast at The Oval on Friday June 6 and for the remainder of the competition.”

Pietersen then took to Twitter to confirm his Surrey debut was likely to come next week.

Frustrating having to miss tomorrow night for @surreycricket, but all being well, my debut for summer ’14 will be next week!

“Frustrating having to miss tomorrow night for @surreycricket, but all being well, my debut for summer ’14 will be next week!,” he tweeted. 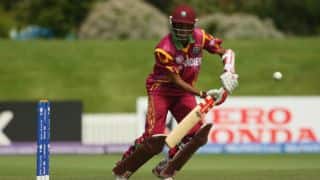 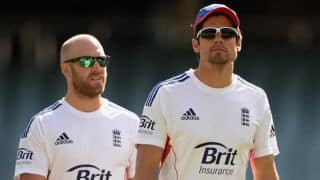