The WICB had been waiting for response from other Full Member boards on the policy of levying the contract fee. The wait caused delay in issuing NOC to Pollard, who had signed a two-year contract with Cape Cobras to participate in the Ram Slam T20 challenge.

Bringing down the curtains on no-objection certificate (NOC) drama, The West Indies Cricket Board (WICB) has granted all-rounder Kieron Pollard an NOC to participate in South Africa’s domestic T20 tournament Ram Slam T20 challenge two days after he had been denied of one. WICB chief executive Michael Muirhead issued a statement saying the board had not intended to completely deny the cricketer of NOC and has apologised for the delay caused. The WICB had earlier made its intentions clear on levying a 20% contract fee for any West Indian player who wanted to play in an overseas T20 league.

According to Muirhead, the WICB had been waiting for response from other Full Member boards on the policy of levying the contract fee. The wait caused delay in issuing NOC to Pollard, who had signed a two-year contract with Cape Cobras to participate in the Ram Slam T20 challenge and was scheduled to leave for South Africa on Tuesday. “That is what we said in our letter to Mr Pollard,” Muirhead was quoted as saying by a report in ESPNcricinfo. “We apologise for the delay because we usually do it quite quickly, but we were awaiting some response from the cricket boards,” it further read.

In the initial letter sent to Pollard by the WICB, Muirhead had said the cricketer could not be granted the NOC until the overseas boards responded. “This morning we got some responses and we have agreed to continue to discussions,” the report quoted him. “They are not in total agreement. But in principle they understand that everything is on the table and we now have their attention. We thought prudent hence to grant all NOCs that were pending,” it further read.

Earlier on Tuesday, speaking to a West Indies-based network Line and Length, Muirhead had said WICB never intended to deny Pollard an LOC. “It is a dynamic situation. It was very clear in the letter that Kieron got (on November 3). It was not denying him any NOC. It was explaining to him why it was taking a little longer. Normally we would respond and he would have got the NOC within seven days,” he was quoted as saying.

Muirhead also told the network that that the reason why West Indies cricketers in the ongoing Bangladesh Premier League (BPL) were given NOCs was because the Bangladesh Cricket Board (BCB) had responded “rather quickly” on the release fee concept. It is understood that BCB told WICB they would pay 10% of the player’s contracted fee in the BPL. However, the BCB did not make it clear whether they would make the payment or ask the franchise to do the same. 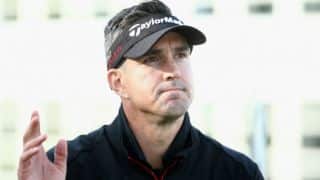