Steve Waugh has been compelled to put Virat Kohli at the pinnacle of world cricket.

Virat Kohli is the best batsman in the world at the moment, feels Steve Waugh, in wake of the Indian captain’s knock of 149 and 51 that put him on top of the ICC Test rankings. Kohli became the first Indian batsman to achieve the feat since Sachin Tendulkar (2011) by displacing Steve Smith, something that compelled the former Australian captain to put him at the pinnacle of world cricket.

Speaking to cricket.com.au, Waugh, a World Cup winning captain, ranked Kohli ahead of Australia’s Steve Smith and compared the batsman to the best the game has had to offer.

“I think Steve Smith is probably the hungriest batsman but he’s obviously not playing for 12 months, so Kohli really is the premier batsman in world cricket. And he likes the big occasion. Like (Brian) Lara, Tendulkar and (Viv) Richards, Javed Miandad, and all the great batsmen, they want the big occasion and that brings out the best in their cricket,” Waugh said.

This guy is a global superstar. Will break all records in world cricket. @virat.kohli #india #ultimatecompetitor #passion

This wasn’t the first instance that Waugh has been in awe of Kohli’s batting. A few days back, Waugh came up with an Instagram post regarding Kohli, that carried the caption: “This guy is a global superstar. Will break all records in world cricket.” 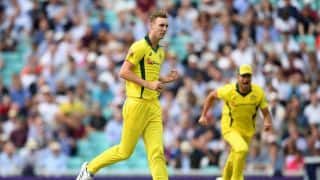 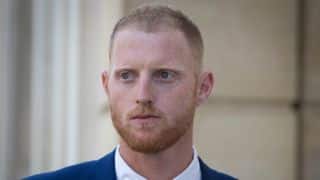