Virat Kohli's captaincy may have impressed many but his leadership skills have are yet to fully convinced Clive Lloyd, the former West Indies captain.

Virat Kohli‘s captaincy may have impressed many but his leadership skills have yet to fully convinced Clive Lloyd, the former West Indies captain. Speaking to the Times of India, Lloyd, winner of the 1975 and 1979 Cricket World Cup, thinks Kohli the captain is a “work in progress” and it will take some time to come up with a verdict about his captaincy.

“I think Virat is still a work in progress and it will take us some time to take a final call on his captaincy. But yes, he has shown positive signs. Yes, he is aggressive, but as long as he doesn’t cross the line, it’s fine be me. Aggression, after all, is not a bad thing,” Lloyd said.

In his span as India captain, Kohli has, not once fielded the same Playing XI and the second Test between India and England at Lord’s is the 37th such instance.

That said, Lloyd does not take anything away from Kohli the batsman. Kohli’s fine form across the three formats has not only found him an admirer in Lloyd but the former skipper admitted that he would love to have Kohli in XI. Despite his former teammate Viv Richards’ claims that Kohli reminded the allrounder of himself, Lloyd refrained from drawing parallels between the two.

“That’s Viv’s thoughts and I am not in favour of comparing generations. But there is no doubt about the fact that Kohli is an exceptional batsman. He is doing a few great things for his country and if you ask me whether he would have made my side, I would say yes. In fact, Kohli would make a number of great sides across generations,” Lloyd added.

The former West Indies captain, who played against many Indian captains during his career, mentioned how recent times, MS Dhoni’s leadership impressed him the most.

“When I was playing I had seen five different Indian captains – Tiger Pataudi, Ajit Wadekar, Bishan Bedi, Sunil Gavaskar and Kapil Dev. They had their own distinctive styles. I found Bedi quite good. In recent times, it has to be Sourav Ganguly and MS Dhoni. Dhoni was such a fantastic captain you had. He was quite inspirational, a good tactician and led the team with a lot of authority. I liked his style of captaincy,” he weighed in.

Lloyd also expressed concern over the state of West Indies cricket, highlighting how the likes of Chris Gayle and allrounder Andres Russell prioritising club cricket over country is hurting West Indies cricket. Gayle has been in and out of the side constantly and playing T20 leagues such as the CPL, BPL and of course, the IPL.

“It made me really sad sometime back when I saw players like Chris Gayle and Andre Russell playing franchise cricket at a time when the national team was in action. In fact, I sincerely believe that no one can be a legend playing T20 cricket. To attain that status, it’s imperative that you play for the country,” Lloyd said. 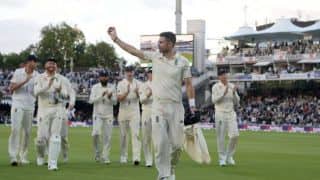 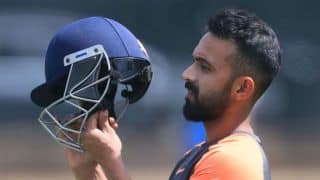