KKR chased down 200 runs last night to become the only team after Chennai Super Kings to bag two IPL titles. Narine (1/46) was not exactly at his best in the summit clash but ended up as the tournament’s second highest wicket-taker — 21 scalps.

“This year was even better since we scripted a win chasing 200, which is no easy task. The guys have worked hard for this win and we totally deserve this moment. We did not have the best of starts this year, but we ended up with nine straight wins, which is phenomenal,” Narine told the IPL’s official website.

“Winning it once is good, but to win it twice is a massive achievement and a tremendous feeling. Let us hope we can continue doing it ever after year. It is a great feeling to be a part of KKR and more importantly perform for the team. This year, it was a total team effort and credit to the whole team to show such character till the end of the tournament,” he added.

Narine lauded batsman Manish Pandey, who top-scored for KKR with 50-ball 94. “Manish Pandey was brilliant. Chasing down a total of 200 requires a very strong mind and Manish showed that today. He generated momentum throughout the innings and built on it till the end,” he said.

Narine, who let go of a West Indies Test assignment against New Zealand to play in the final, dedicated the win to the KKR fans.

“This is for all the fans in Kolkata who have supported us, come what may. It has been a pleasure to play at Eden Gardens this year as well, and hopefully, we can come back next year and retain the title,” he said. 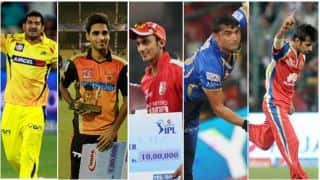 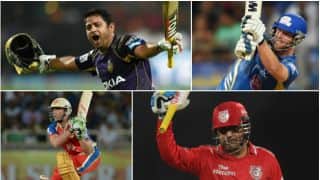