Khaleel conceded 81 runs and took two wickets from eight overs combined in Delhi and Rajkot, including a game-changing 19th over in the first T20I in which Mushfiqur Rahim hit a hat-trick of boundaries. 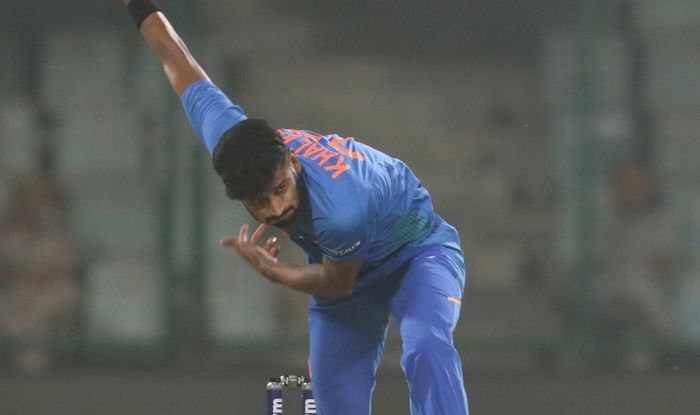 Former India batsman Kris Srikkanth has come down hard on Khaleel Ahmed following his expensive outings in the two T20Is against Bangladesh, calling the left-arm pacer a misfit at the international level. Khaleel conceded 81 runs and took two wickets from eight overs combined in Delhi and Rajkot, including a game-changing 19th over in the first T20I in which Mushfiqur Rahim hit a hat-trick of boundaries to set up Bangladesh’s victorious finish.

With an eye on next year’s T20 World Cup, India are on the lookout for young fast bowling options, and while the likes of Deepak Chahar has impressed Srikkanth, the former chairman of selectors is not convinced whether Khaleel has yet what it takes to excel at the top level.

“Frankly, Khaleel Ahmed looks a misfit at this level. There is always scope for improvement but he has to learn fast,” Srikkanth wrote in Sunday’s column for Times of India. “Deepak Chahar looks a different bowler when there is atmospheric help, but in countries like Australia and South Africa he might find it tough, as the ball does not dart around. If he can add a couple more variations, he could well fill that one slot.

“Barring the solitary change at the top, the T20 batting department looks fairly set for Virat Kohli. The bowling resources however needs some tweaking, especially when the team management feels it’s important to rest the senior bowlers from this format.”

Srikkanth further stated that he’s a big fan of the idea of playing two wristspinners considering the enormous Australian outfields, which should pave the way for India reuniting the spin pair of Kuldeep Yadav and Yuzvendra Chahal for the ICC event.

“The big prize is of course the World Cup and I’m sure the plan is to work towards that. In my opinion, wrist spinners are going to play a pivotal role and it is high time Kuldeep Yadav is back in the mix,” Srikkanth added.

“The bigger boundaries and bounce in the wicket in Australia should make Chahal-Kuldeep a deadly combination. The case of Kuldeep is curious, a matter of regaining confidence than anything else. And this series would have been ideal to give him some game time. At the same time Rahul Chahar will also not be a bad choice but Kuldeep’s slightly better experience should weigh in favour.”

Having said that, Srikkanth also fancies the concept of adding an offspinner to add variation to India’s bowling, and to fill that spot, Washington Sundar could be a considerable option. The fact that Sundar is a good outfielder, coupled by his ability to play handy knocks down the order is something Srikkanth feels could work brilliantly in favour of India Down Under.

“My team will definitely have a place for an off-spinner. In Washington Sundar, India have discovered who can not only bowl tight but also wield the long handle to good effect. Add his sprightly fielding; the team can be confident of having one more player covering two bases,” he said.

“I liked the way in which Rohit Sharma has handled the offspinner, two overs upfront during powerplay and the rest when the runs need to be dried in the middle overs. He has also rotated the spinners well and that has generally contributed in wickets falling regularly.” 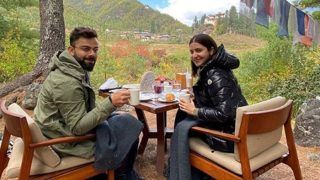 When I'm Done With Cricket, Cooking is Something I Would be Interested in: Virat Kohli 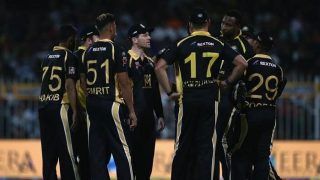