They have decided to call time on their Twenty20 International careers after the ongoing ICC World T20  2014 in Bangladesh but Kumar Sangakkara and Mahela Jayawardene are still the players who can be the difference between winning and losing for Sri Lanka, coach Paul Farbrace said on Wednesday.

“Mahela played a fantastic innings against England and Sanga’s a very dangerous player. He (Sangakkara) has not had too many opportunities in this competition but you always expect big things from them. They have never let their team or their country down. Their records show that they are fantastic players. They have given so much to the team,” Farbrace said, waxing eloquent while talking about the two legends.

The coach said he had never seen Jayawardene, who has been a captain just like Sangakkara, as pumped up as he was before the start of the New Zealand run chase during their final group league encounter.

“There was nobody more pumped up before the New Zealand innings than Mahela. As the team was about to go out for fielding, he just ran past me and nearly knocked me out of the way. You could see from his body language on the field how desperate he was for the team to do well. They play with huge expectations every time they play because of their records and what they have done for the country. Whether it’s their last competition or not, they have always been brilliant.”

The team also has former captain in Tillakaratne Dilshan but the coach feels that young Dinesh Chandimal will only gain from the presence of the senior trio. The fourth captain in the team is Test and ODI skipper Angelo Mathews.

“Young cricketers in Sri Lankan set-up are grateful that they have the senior players around them. The fact that there is a former captain in the team  all of them giving time and knowledge not just on the field but off the field as well.

“Angelo Mathews is another one. Although he has captained the Test and one-day side, he’s still a young man making his way in his international career. The likes of Sanga, Dilshan, Mahela, all these people around him, Chandimal can only benefit from them,” said the coach.

Farbrace spoke about an interesting aspect that even if a team has a number of coaches, the players learn most from a fellow player.

“We said to our senior players at the start of the Bangladesh tour that the best thing they can do for younger players is play their game as well as they can because that takes an awful lot of pressure off the youngsters. At the end of the day, you can have as many coaches as you like, but players learn from players. It’s up to the coaches to facilitate that learning.” 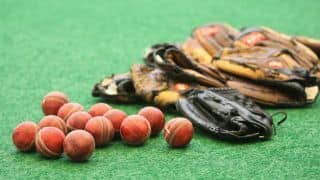 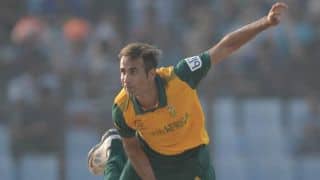